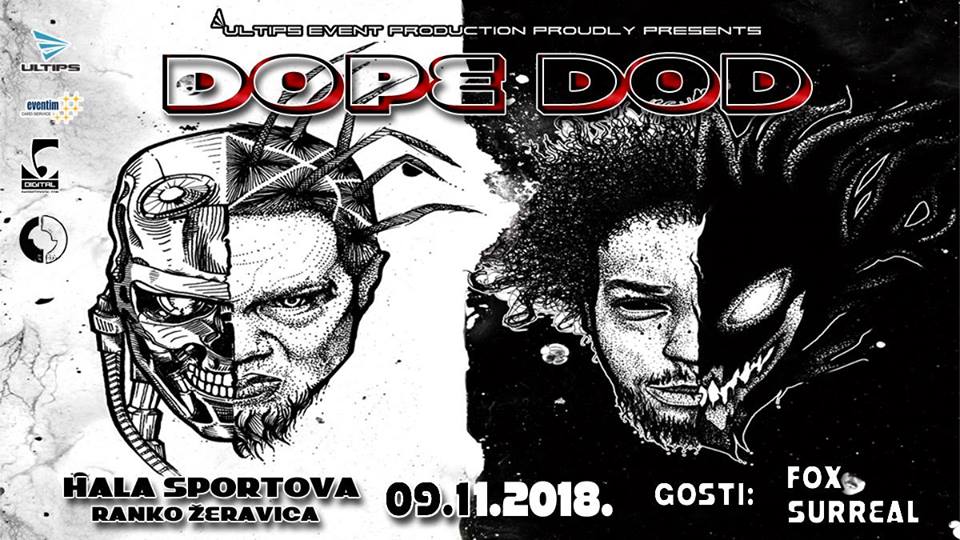 Hard to categorize their fan base, often describes their sound as being “their own” with a strong inclination towards intricate lyrics and outlandish subject matter. This has earned them recognition from heavy weights like Limp Bizkit, Korn, Sean Price, The Prodigy, Redman, Onyx and many more with whom they have had the opportunity to work and tour with after releasing their debut video “What Happened” (currently at 30 million views on YouTube).

Followed by sold-out shows reaching from Russia to South America, their international career took off. It earned them an EBBA award in their first year of success, frequent return to some of the biggest festivals in Europe (Splash, Sziget, HipHopKemp, Beats For Love, Lowlands, etc.) and even playing at SXSW festival in the USA which lead to a deal with Duck Down records for the release of their debut album “Branded”. They have since released a string of projects consisting of “Da Roach” “Master Xploder” “The Ugly E.P.” “Acid Trap”, and most recently a collaborative album with New York legends, Onyx, entitled “Shotgunz In Hell“.

Fast forward to 2018, and there’s a lot more in store for fans. The group is currently working on a new album, new music videos, collaborations with other artists and a film project. With an average of a quarter of a million online followers, it’s not hard to keep track of what they’re up to. Always sticking to their guns yet never afraid to evolve.