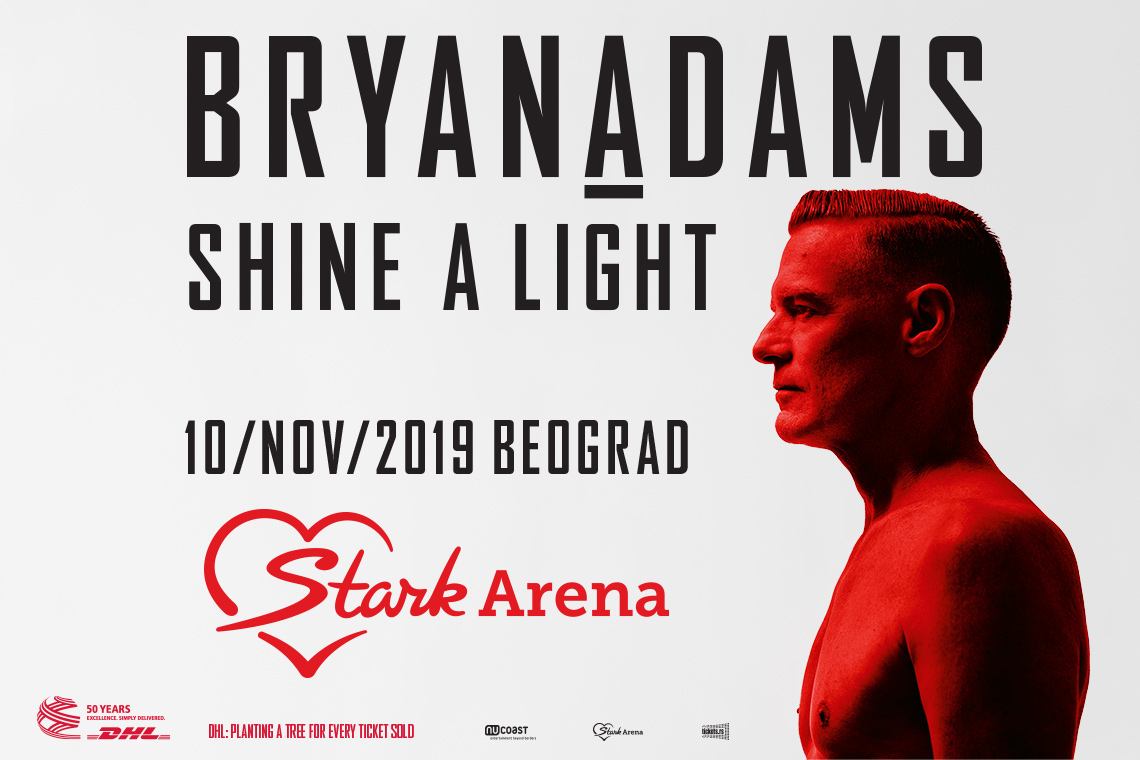 Canada’s most famous rocker Bryan Adams, will perform in the Serbian capital after 13 years. A spectacular concert will be held at Stark Arena on November 10, 2019! Known for great ballads, great gig and incredible energy. Adams has included Belgrade in his ” Shine A Light ” tour, named after a new album of the same name that recently went on sale. Listeners to our radio stations have already heard the first single – a cover of the famous song ” Whiskey In The Jar ” which has garnered great reviews. Still, most fans eagerly await the hits that celebrated Bryan Adams – ” Summer Of ’69’ ‘,’ ‘Everything I Do, I Do It For You’ ‘,’ ‘Please Forgive Me’ ‘,’ ‘Run To You’ ‘ and “Have You Ever Really Loved A Woman.”

Adams once stated that at the beginning of his career, he “played everywhere he could put an amplifier”. So in one year, he had over 300 appearances which helped him to profile as a concert artist. Tickets for the Adams Arena concert are on sale today at the Stark Arena box office, at all Ticket Vision outlets and online at: www.tickets.rs in the following categories: Parterre – 3.700,00 RSD Grandstands – 3.950,00 RSD and 4.500,00 RSD.