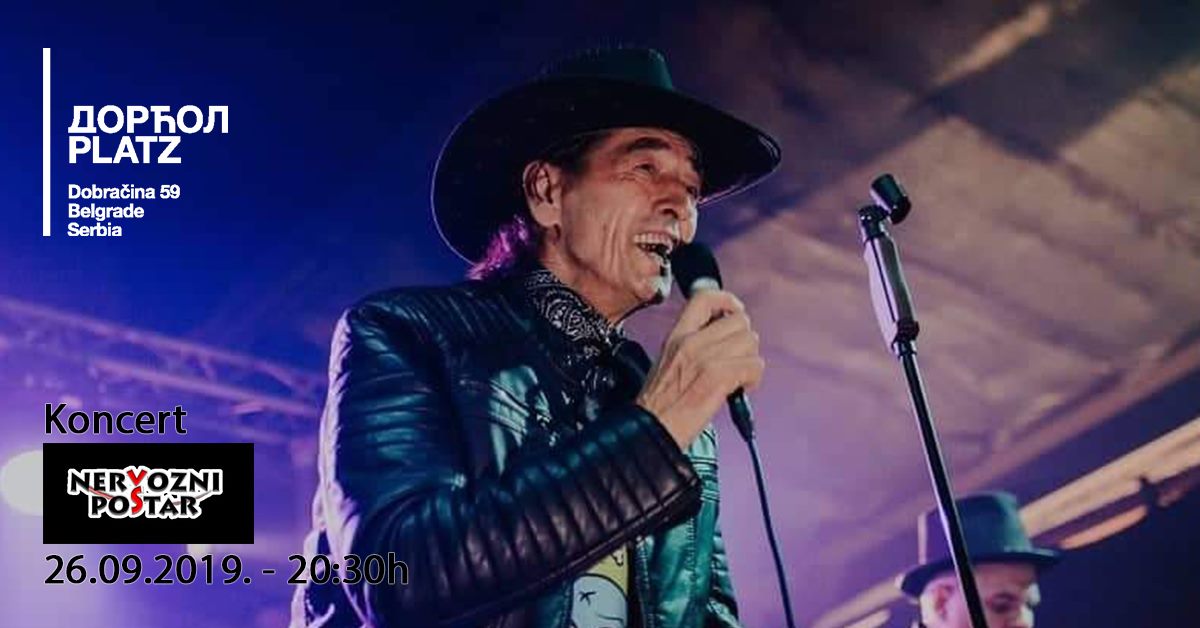 Dobračina 59b, Belgrade, Serbia
26.Sep.2019
20:30BeogradSrbija
Do you like this event? Click on a button to like it!
Fans of “Nervous Postman” will have the opportunity to enjoy old hits again, such as: “Circus Colorado”, “The Luck Train”, “New Year’s House on the Door”, “South, South”, “I Live Alone” and many more other once popular songs that are still being played today.
The group “Nervous Postman” was founded in 1985 in Sarajevo and literally became popular all over the former Yugoslavia overnight, breaking all records of album sales. In the same year, the group had their first public appearance at the Ilidza Folk Music Festival, where they won first place, with ninety-one percent of the audience’s votes, which is a unique case in the history of this festival.
The people who follow the band know what a party it is to perform NERVOUS POST because Nuki and the crew do their best to play all the band hits we all love.
Purchase of tickets at https://www.tickets.rs/ and Dorcol Platz.
See you on 26.09.2016 from 20: 30h.