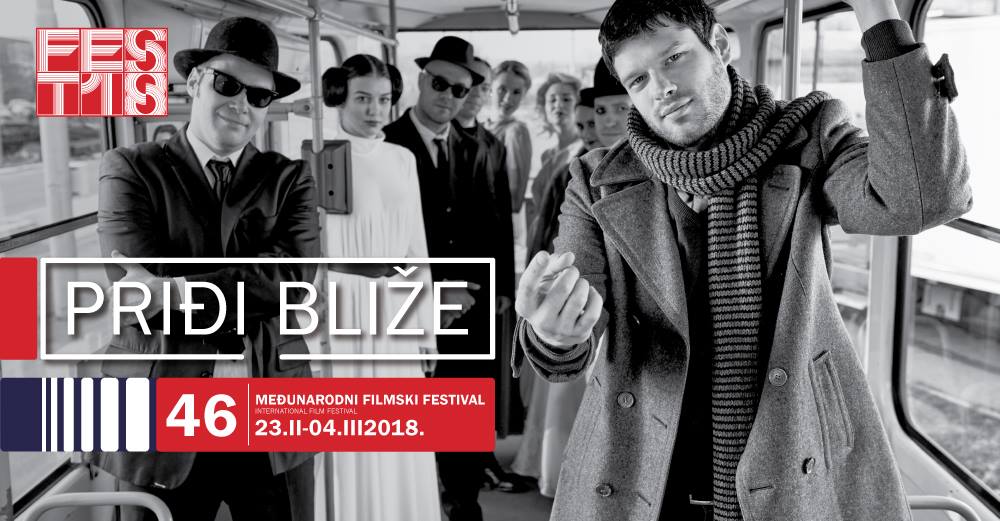 The first FEST, under the slogan “A Brave New World” was opened on the 9th of January 1971 in Dom Sindikata, with the screening of Robert Altman’s Mash. Envisioned as the annual review of the best films of the season, the Belgrade International Film Festival – FEST – evolved to become one of the most important festivals on the continent and a pillar event of Belgrade’s cultural life and an indispensable element in the coming of age of many generations of film amateurs.

An important feature of FEST all these years was its openness to films from all parts of the world, as well as to all relevant authors and works that would never have the opportunity to be shown in cinemas. Authors like Theo Angelopoulos, Bob Rafelson, Volker Schlondorff , David Cronenberg, Ken Russel, Wim Wenders, Kieslowski, Herzog had the opportunity to meet each other for the first time in Belgrade, on FEST.

The first FEST was quite spectacular, involving „A Space Odyssey“ by Stanley Kubrick; Dennis Hopper’s „Easy Rider“; the already mentioned „Mash“ by Robert Altman; the films of Eric Rohmer, Louis Bunuel, Zivojin Pavlovic… Although many nostalgically, but rightfully so, consider this first edition of the Festival unmatched, the truth is that in the years that followed, we had the opportunity to see many films that have later been branded as among the best in film history. Many illustrious international actors and directors have been the festival’s guests over the last four decades: Marcello Mastroianni, Harvey Keitel, Liv Ullman, Bernardo Bertolucci, Sophia Loren, Robert de Niro, Antonioni, Johnny Depp, Milos Forman, Catherine Deneuve, Wim Wenders, Abaz Kiarostami, Hanna Schygulla, the above mentioned Rafelson, Schlondorff, and Russell… An impressive long list of honorable names.

Since its inception, FEST has always had its main program, along with a few accompanying ones, whose quality often exceeded the expectations put in the name „accompanying“. There were also many „accompanying“ publications, exhibitions and symposiums held during the Festival. Nevertheless, the central event always was and remains the main program, followed by the competition program “Europe out of Europe”, which has been in existence for the last couple of years.

To date, FEST boasts four million visitors and almost 4000 relevant international films, which have had their Yugoslav/Serbian and often regional premiere on the Festival!

Although FEST was created more than 40 years ago, it continues to fulfill its cultural and educational role with the same energy in extending the horizons of all film fans.

This year – 2015, FEST becomes an official competition festival with four competition selections: “The main competitive program” – international selection, “Serbian Film” – national selection, program “Frontiers” – that includes subversive, controversial and arthouse films that move borders in a thematic and aesthetic sense and in the end, movies from region that compete for award Nebojša Đukelić.