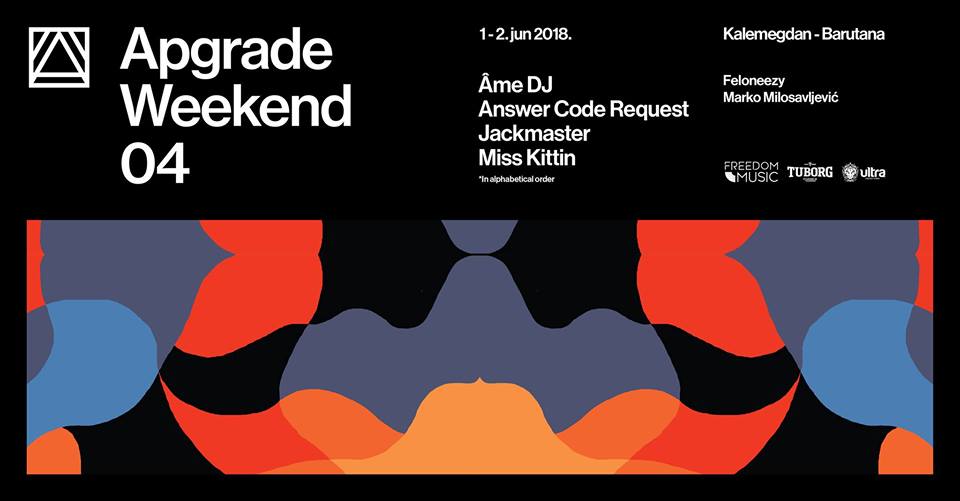 * One-day tickets will be sold much later and their sum will be significantly higher than the current price of two-day tickets.

** Two-day tickets are changed for a weekend bracelet before the entrance and are not transferable to other faces.

Aprado Weekend this year twice, in June and September!

In the past three years, Apgrade Weekend has been reserved for the first September days as a kind of finale of the season of great music events in the open sky. After three editions in which we watched the electronic scene leaders such as Sven Vath, Richie Hawtin, Solomun, Amelie Lens, Dixon, Tale of Us and numerous other, next, fourth edition will be held at the very beginning of the summer season, 1st and 2nd June in Barutana! In the well-known term, from September 6th to 8th, will be followed by the fifth anniversary of the Weekend, traditionally located in the trench below the Military Museum on Kalemegdan.

Kristian Beyer in the DJ format of the famous German tandem Yama, techno innovator Ostgut Ton label and resident Berghain Answer Code Request, the vice champion of the last RA list and the musical musical jackmaster Jackmaster, is also known for the new June edition. and the French electro diva whose sound dominates the world scene today – Miss Kittin! The assault squad, collected on a weekend, will be boosted by domestic players Marko Milosavljevic and Feloneezy, and a limited amount of two-day, weekend tickets at the first price of 1590 din for Parter and 2290 dinars for VIP Terasa, from today is on sale at all cash registers all over Serbia and the region, as well as through Gigstix.com and Eventim.com.