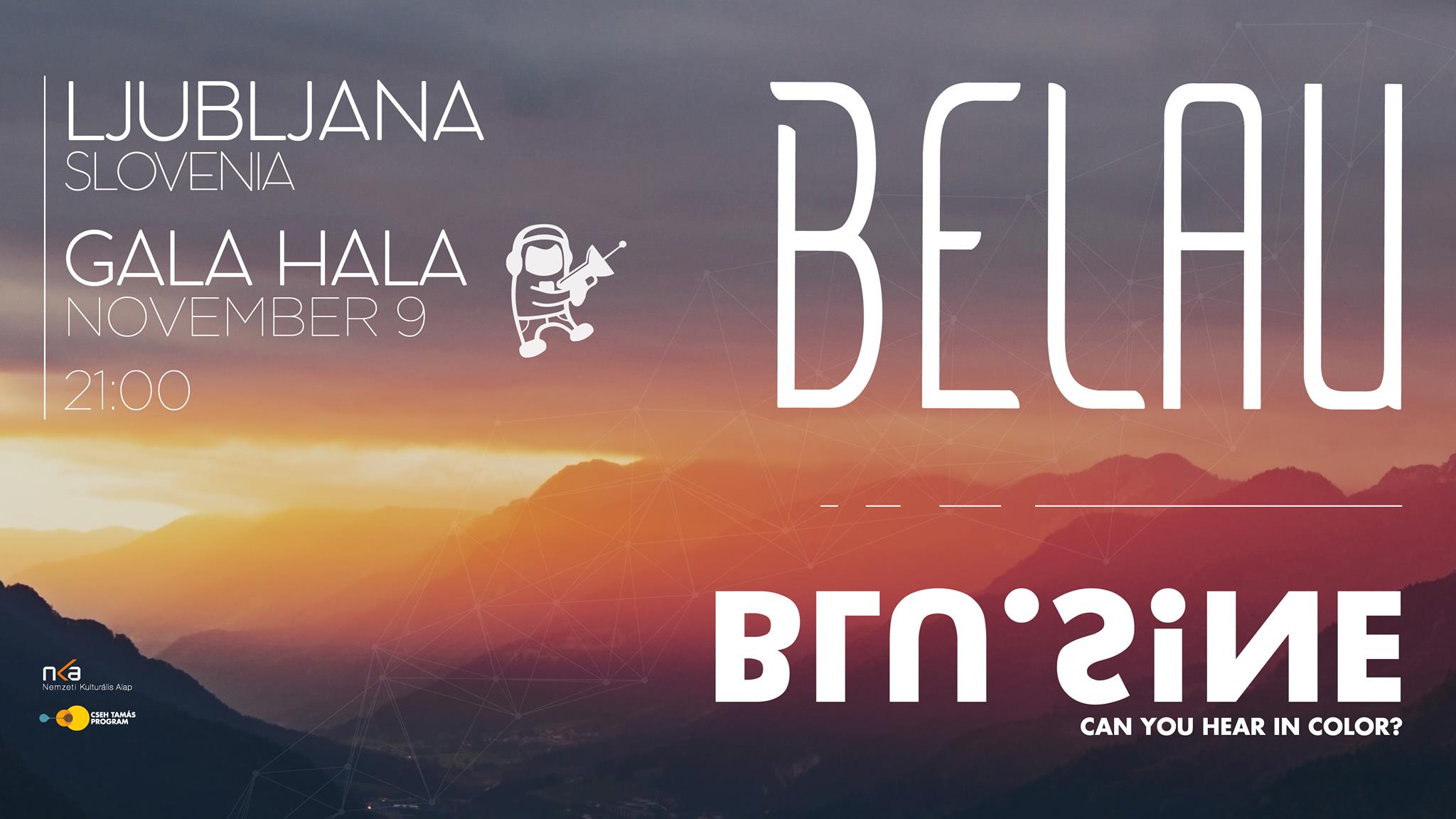 ♬♬ Belau is a fresh Hungarian downtempo music project. After Lent Festival they come back to Slovenia and bring the summer vibes with them. Their first music video won the Hungarian Music Video Festival, it has nearly 500.000 views. One of their song was used by HBO in its new series and in a commercial (played in 33 countries). Their first LP was released around november which contains 12 tracks. The debut album won the Hungarian Grammy Awards in the best electronic music album category. One of our track of the new remix EP was airplayed on BBC Radio 1. In one and half year Belau had more than 100 concerts in 14 countries around Europe.

♬♬ Blu.Sine – colouring the music and playing the colours. Combining the seemingly un-combinable. Coexistence of waves – light, sound, lines drawn by pen and thoughts. A collage of the past and the future, sharing much more than just the line between them. The message of aesthetics and darkness demands attention to reveal its essence; and combining the avant-garde, pop culture and original ideas demands more than apathy and narcissism. Do you dare to hear in colour while the world is turning black-and-white?

Cosmic Sex is a music series that grew in Gorica’s ground. This is the first opportunity for Gala hala to host residents Blaž Pavlica or Blaženi DJ and Jaša Bužinel, both of whom realise their music visions on the radio show Partijska linija, hosted by Radio Student. The two young researchers embark on cosmic expeditions, exploring different currents of contemporary techno and house. The two also explore sound experiments from club margins and every now and then they discover jewels that belong to some different times.