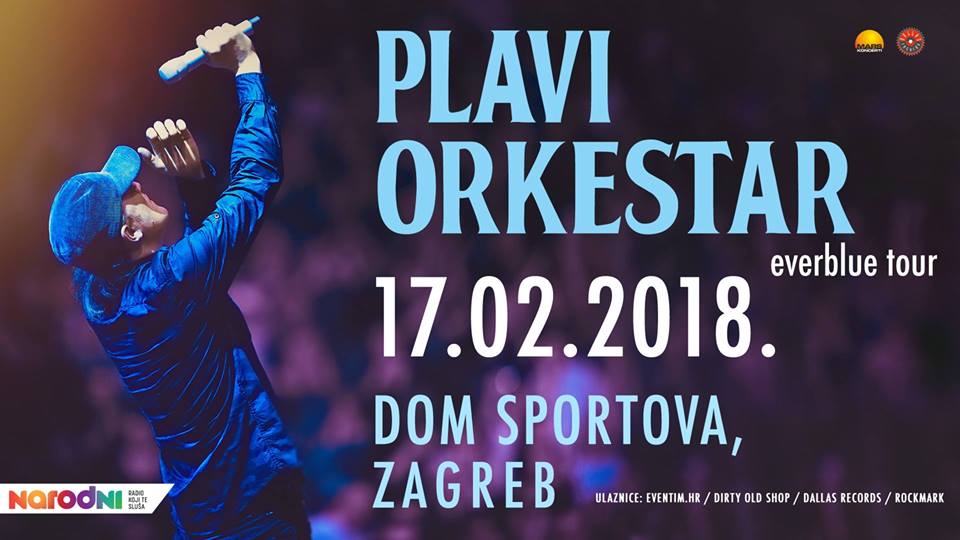 The legendary group Blue Orchestra will perform on February 17, 2018. in Zagreb as part of a large regional Everblue tour!

Rumors have proved to be true! The biggest concert attraction on the territory of the former Commonwealth, the Blue Orchestra group, to the great cheerfulness of many fans, will reappear in Zagreb. As part of the great Everblue regional tour, after spectacular appearances in Sarajevo and Belgrade, where over 100,000 fans saw them, they released two new dates:
February 15, 2018 Ljubljana – Arena Stožice
February 17, 2018 Zagreb – Dom sportova

Last time, “Plavci” performed at a large solo concert in Zagreb, performed seven years ago (March 2010) and the audience in the Arena provided a real spectacle. The Blue Orchestra is not just a band that has been producing good music for over three decades but is a true phenomenon deeply rooted in the music pop culture of these spaces.
Through the fruits of past work, Plavci continue to enjoy unparalleled popularity, with a number of hits such as “From birthday to birthday”, “Suada”, “Better to be drunk than old,” “If they were just lies,” “Sava flows quietly, “Goodbye Teens,” “Kaja,” “I’m leaving,” and many others, have ensured that the phenomenon of the cult group, which has already experienced several musical tops, continues today.

Critics believe that the band is one of the greatest cultural phenomena of the eighties and nineties of the last century, still close to older and younger generations.
So far, Plavci has released 8 albums that have been sold in over 5 million copies worldwide, and the world has been browsing several times with over 4500 concerts.

Tickets for the Zagreb Concert are on sale from Monday, October 16th in Eventim Event and via eventim.hr. It is quite certain that the Blue Orchestra concert will require more tickets, so do not miss the chance to provide them in time!

* The Number of Early Bird Tickets is LIMITED and sale goes to contingency sale or until 16.11.