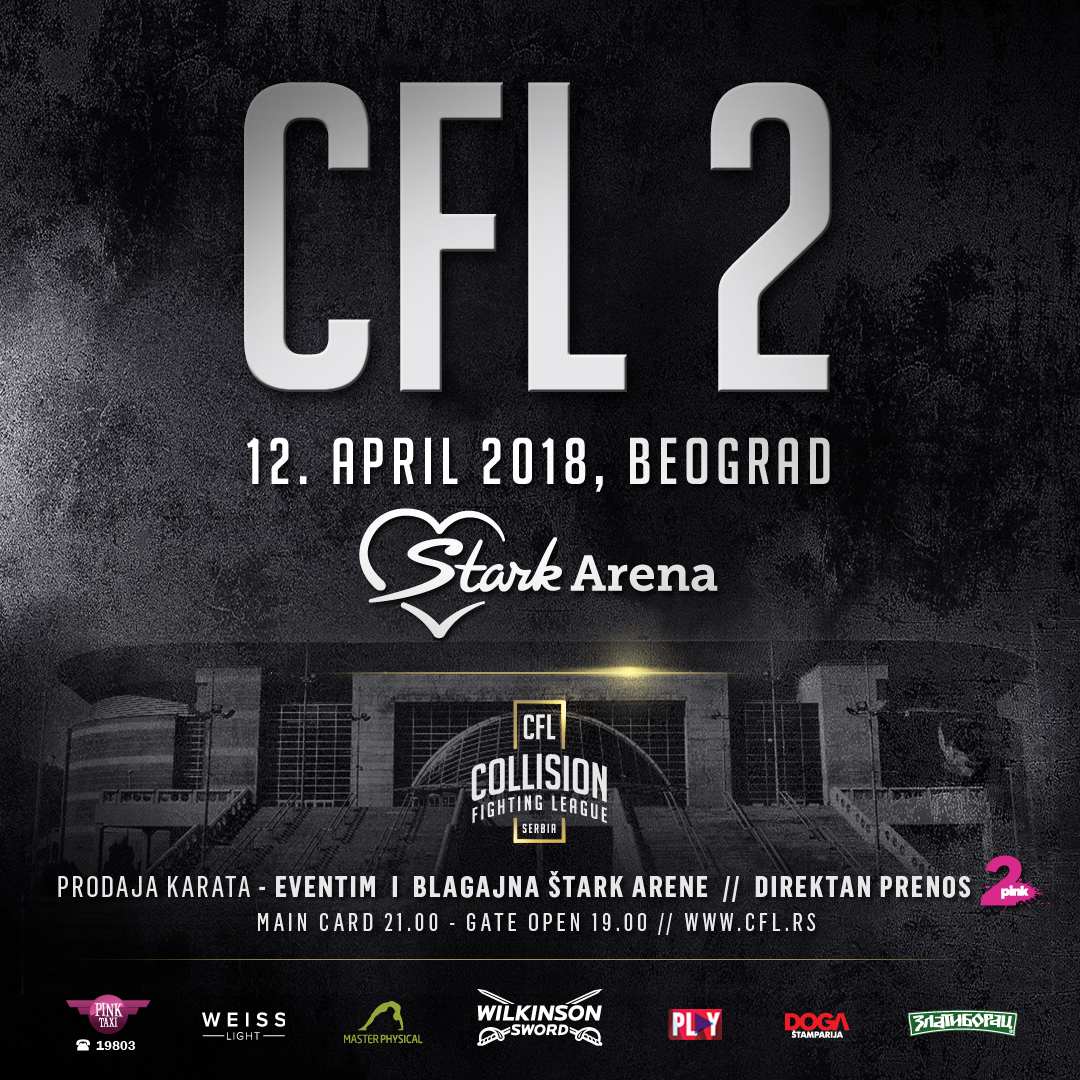 COLLISION FIGHTING LEAGUE is a professional organization and tournament for k1 and mma fighters in Serbia, which will hold the first tournament in Stark Arena on April 12th, 19h.

In the tournaments planned for this year, in addition to fighters from Serbia and the region, fighters and champions from different parts of the world will perform, which in combination with top production guarantees an unforgettable martial arts spectacle.

On the first of the five tournaments, Collision fighting league 2 (CFL 2), the audience will have the opportunity to enjoy the best four boxing boxers in the category of up to 71kg.

Also, in addition to the main competition matches on the fight card, there are also the famous MMA fighters for all martial gourmets.