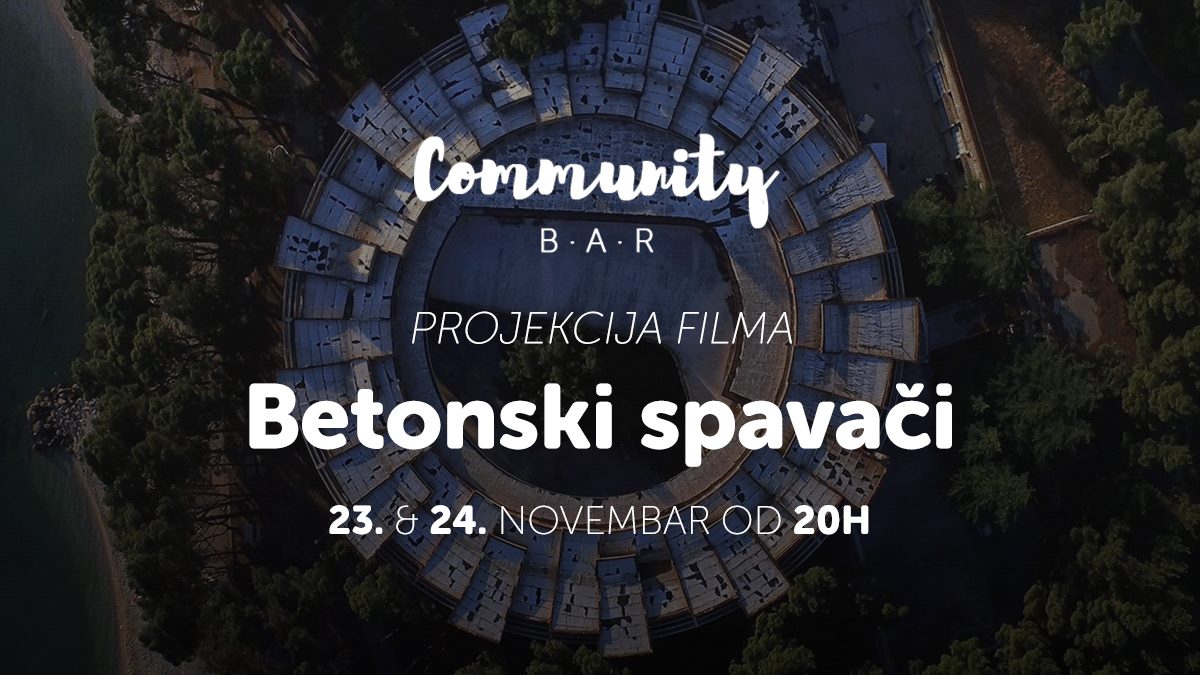 After the recent premier Novi Sad screenings at the Festival of Culture of Space, due to great interest we again showcased the award-winning documentary series CONCRET SLEEPERS, a story from the 4th part about deserted and ruinous tourist objects in Croatia and their importance for the history of Yugoslav modernist architecture.
Projections were organized in cooperation with Startit Center and the Association of Architects of Novi Sad (DaNS).

“The episode deals with the hotel complex Haludovo on the island of Krk, today almost the mythical place around which a thousand stories are dispersed. From the turbulent history when Haludovo was a gambling place, a meeting place for world dictators and politicians, American cottage gamblers, Yugoslav estates and ordinary citizens, to this day, when it is just a nostalgic memory of the former encounter between hedonism and egalitarianism, from celebrated days to privatization and collapse, all of which took place in only forty years. ”

“In this episode, we travel to the Adriatic Highway, a road that has fundamentally changed the life of the coastline and has become a part of the collective memory for many tourists.” We stop at motels, short stays, among which the architect Ivan Vitić is especially distinguished, his elegant and modern architecture today is in many ways left to decline. ”

08 pm – Episode 3: A mysterious object in the pine forest

“We are exploring the possibility of revitalizing the mysterious building of unusual beauty in the small town of Krvavica near Makarska.” A building that was not drawn into urban plans and cadastres was built by the former JNA for the treatment of children with pulmonary diseases, and at the initiative of the architect is permanently protected as a cultural asset, Today, it stands abandoned and looted, and the State Office of State Property Management has not yet decided on the fate of such a valuable building. ”

“We are dealing with the phenomenon of mass tourism and megastructures, houses-cities that could often accommodate more guests than the number of inhabitants of the historical settlements in which they were created. From the way in which these hotels of vast capacity were designed, we can learn about the ideas of modernism, the planned development of the Adriatic coast and the ways in which a balance can be achieved between economic growth and the preservation of existing values, between mass tourism and the lives of the local population. ”