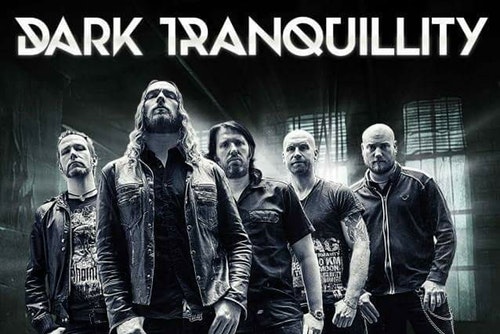 After a long wait, Dark Tranquility finally in Serbia!

Dark Tranquility, one of the pioneers of the Goteborg school of death metal, will be premiering in Serbia! the concert will be held at the Novi Sad club SKCNS Fabrika on April 18th.

It was created in 1989 as the Septic Broiler, the debut album Skydancer, which was then sung by Anders Fridén (later joined in the In Flames), released in 1993 under the name Dark Tranquillity.
In 1995, they realized the album The Gallery, which is considered the top work of that time. At that time, guitarist Mikael Stanne assumed the role of singer / frontman to which he is still today.
After that, the band released a total of nine studio albums, of which the latest is still the current edition of Atoma (Century Media, 2016).
In the position of the second guitar in 2017, they were assisted by Christopher Amott (Arch Enemy) and Johan Reinholdz (Andromeda).

The tickets will be released for sale on December 20 at the price of 1.900 dinars for the first 50 copies, while the regular pre-sale price will be 2.500 dinars. On the day of the concert, the tickets will cost 3,000 dinars.