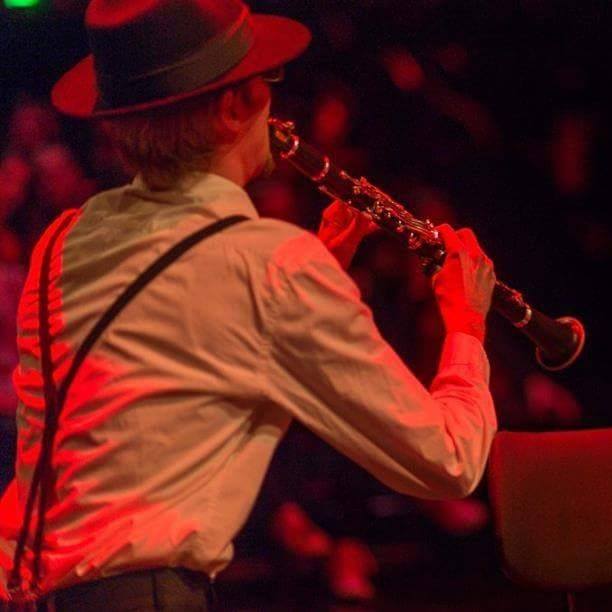 The LADA Cultural Society and the Serbian History Museum in cooperation with the Idea Development Center invite you to the concert of the clarinetist Darko Horvatić (Novi Sad / Grac), pianist support is pianist Nataša Srdić Jahn, and the concert will be held on 21-11 at 19h in the Museum of History Serbia.

The program will be part of the repertoire of classical and contemporary music written for composer clarinets: Robert Schumann, Claude Debussy, C. Weber, Edison Denisow and Luciano Berio.

In addition to numerous solo and chamber concerts with different ensembles in Serbia and throughout Europe, he also performed as a soloist with the Hradec Kralove Philharmonic in Czech Republic. Delovao also participated in the field of contemporary music within the festival “Kyiev Comtemporary Music Days” (Kiev) “Styriearte festival” (Grac), as well as at the contemporary workshop of contemporary music in Novi Sad, in cooperation with “Hochschule für Musik Hanns Eisler” .

He played numerous performances in Grac and recorded for the Austrian National Radio-Television “ORF” with the two-seater “KUGether”. Also, having performed on the performance of historical instruments, he also achieved the CD edition of “Harmoniemusik” in Austria.

Former Ambassador of the Humanitarian Fund “Privrednik” in Novi Sad, a scholar of the Association of Honorary Friends of the University of Music and applied art in Grace, as well as the scholarships of the Fund for Young Talent of the Republic of Serbia “Dositeja”.
– – –
Nataša Srdić Jahn was born in 1981 in Belgrade. He completed the elementary and secondary music school “Isidor Bajić” in Novi Sad, in the classes of prof. Lidija Gvozdanović and prof. Milene Apić. Beginning studies in the class of Prof. Doriana Leljaka and then Prof. Rite Kinke at the Academy of Art in Novi Sad continues and finishes in the class of Frank-Immo Zichner at the Hochschule für Musik “Franz Liszt” in Weimar. In 2009 he successfully completed the postgraduate studies of chamber music in Weimar, in the classes of Prof. Ulrich Beetza and Birgit Erichson (ABEEG Trio), and Prof. Larisse Kondratjewe, followed by piano pedagogy studies, also with the highest rating and special praise within the same institution. During her studies she was a trainee of master courses with eminent professors such as Arbo Valdme, Rite Kinke, Nevena Popovic, Kristofer Hogwud, Natalie Arzuman, Avedis Kojumdjian and others.

He has recorded for RTV Novi Sad and in Germany he has made several CD releases with Ensemble Marges, the ensemble for contemporary music.

Since 2009 she has been employed at the Academy of Arts in Novi Sad, as a Senior Associate – a Corepetitor.