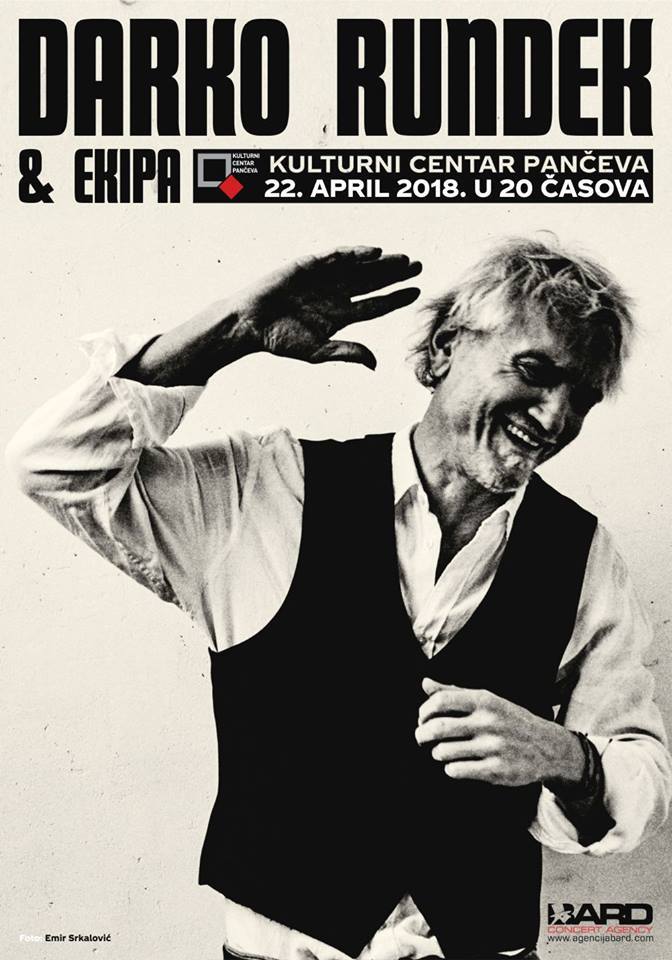 The leader of the influential Croatian novelist composition of Haustor, Croatian musician Darko Rundek first appeared alone in 1997 with the album “Apokalipso”, a true kaleidoscope of different styles, which quickly gained great public respect and criticism. Great Haustor’s songs such as “Ene”, “Shee” or “They could be able to” are worthy of the “Apocalypso”, “We are in the wind”, “Senor” …

Already ready for the experiment, Rundek subsequently decided for the smaller form of Rundek Cargo Trio (with violinist Isabel Catala and multi-instrumentalist Dušan Ducom Vranić) with which he published “Blue Plane” (2010) and “Bridge” (2015).

On the occasion of 20 years since the release of the album “Apocalypso”, Rundek in 2017 brought together a large band called Team, and shortly thereafter came the singles “Dark Lights”, “Black Dusas” and “Barbara”.

“Of course, every reaction of the audience is important to us. The concert is an event that unites musicians and audiences in something that does not belong to either or any other “- Darko Rundek.