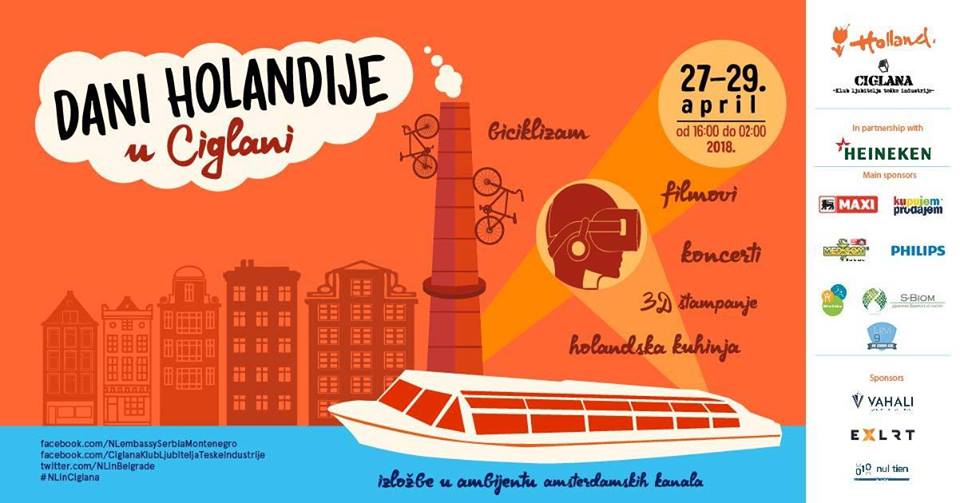 The Embassy of the Kingdom of the Netherlands in cooperation with Ciglana organizes the Days of the Netherlands in Ciglane from April 27 to 29, 2018, every day from 16:00 to 02:00. During these three days, the Ciglana will be turned into Holland in small, and it will be an opportunity to get to know the country better.

Do not miss the opportunity to stroll through the Amsterdam Canal, get acquainted with the Dutch economy, innovations and achievements.
We are waiting for you in Ciglane, all programs are free!

In the evening hours: a Dutch pop-up kitchen

ALL THREE DAYS:
• The Amsterdam Canals of Victor Rain, painted by artists from Belgrade
• Dutch innovations – how the 3D printer works
• Like my bike campaign and Slow Bike Ride
• Virtual reality – a trip through the Netherlands
• Picnic in Belgrade Vondelpark
• The exhibition of Luke Vitošević inspired by the Dutch masters
• Workshops and games for children