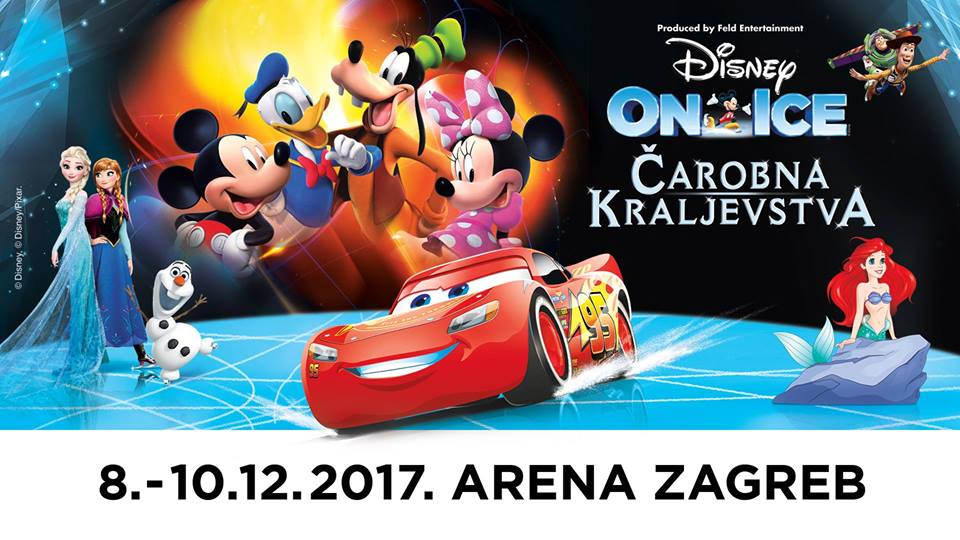 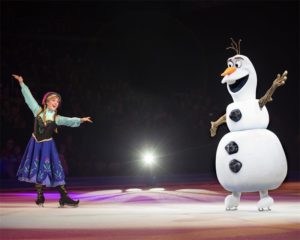 Disney on Ice presents – The Magic Kingdom
which will take you from Zagreb to the enchanting adventure of four magical locations
The new production includes dynamic nuns Anu and Elsa from the best Disney movie of all time the Snow Queen
Also see Munjevic Jurić, Šlep truck and Disney • Pixar animated movie – Cars – that lead you on ice
Disney on Ice presents the Magic Kingdom, the Feld Entertainment ice pack of fun spectacular entertainment along with the four Disney’s full-time entertainment stories coming to Zagreb from 8th to 10th December, 2017! The magic kingdoms are the likes of Disney • Pixar Cars, Little Mermaids and Toy Stories with Mickey Mouse, Minnie Maus, Paju Patka and Shilju. Along with these fancied characters, we will see the stars of the Disney Snow Queen.
Tickets are on sale today, at a promotional price of 10% discount. At these prices you will be able to buy all categories except VIP tickets. The action will last 14 days and after the expiration of the same you will be able to purchase them at regular prices:
90, 120, 150, 190, 220, 290, 295 kuna. 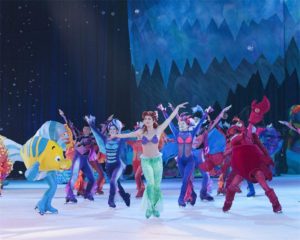 Sales will be made at the Eventim sales points, via www.eventim.hr and at www.disneyonice.com.hr

The audience will enter the fantastic winter world of Arandelle with royal sisters An and Elsa of BAFTOM and Oscar-winning best animated film of all time, the Disney Snow Queen. Ana, an exquisite heartwarming girl, travels on an epic journey with Olaf’s umbrella snowman and a man from the mountain of Christoff to find her sister, the magical Elsa, whose ice powers have made the kingdom of Arendelle everlasting.

Producer Nicole Feld said, “Our Arendella recreation and the visual glow of ice is preparing the stage for a magical transformation from summer to winter. Although it is obvious that the Snow Queen is a jerk for ice, this Disney On Ice production will emotionally reach the audience through innovative elements of the show and the world’s slider. ”

In the place of Kurbla Bistra Characters from Disney • Pixar Film Auti – Munjeviti Juric, Slep and Team Trucks bring their highly octane characters to the ice. With top-of-the-line animatronics, their eyes and mouths move with every shift on the ice-highway. Characters will delight the audience with jumps, cheats, and fun.”The magical kingdoms combine classic and new Disney stories,” says producer Kenneth Feld. “The audience will be thrilled to meet with an unforgettable team of real-time animated live-action cars, live on ice. They will have a chance to see their favorite characters like Little Sirens and Disney Characters • Pixar Toy Stories 3 and discover a story full of action, spell and unforgettable characters along with the Snow Queen. ” 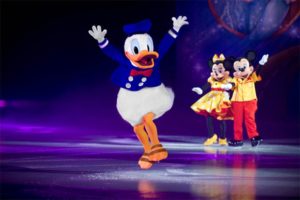