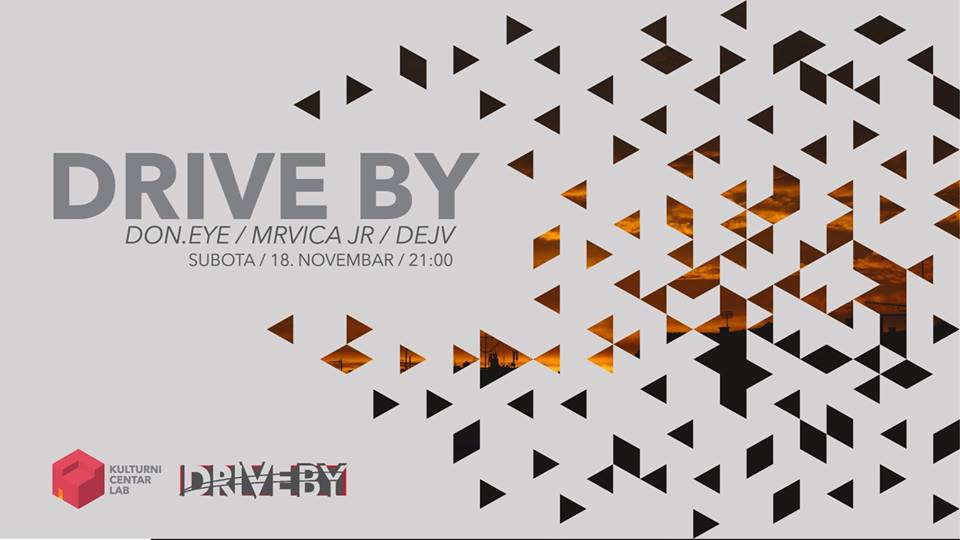 Mihailo Dondur – Don.Eye
At the beginning of high school shows a tendency towards photography and cameras. Immediately after graduation, he continues his studies at: “Academy of Arts in Novi Sad” on the camera section. After the camera, she shows great love towards “electro” music and as part of the Drive By team starts this group. Official photographer and cameraman of Chain Reaction / Chain Reaction from the beginning and the founding of this group. He has one solo exhibition behind him, working on “Serbia Fashion Week” and several short films. At the very beginning, this team will contribute to video material and video clips, and even after Dj – performances. We want every performance to be covered with some video clip or short film, which will follow the tones of this team.

Nikola Slokar aka Mrvica Jr., From an early childhood shows a tendency towards music and instrument experiments. DJing started to work in 2016, and he became known to the wider auditorium at the DJ competition for the famous Topovanje 2017 festival, where he won the second place and where he drew his attention and spread the Belgrade audience. Also, he was guest with our famous posters, DJs Manche and MarkPanic in the field concept “Belgrade afterhours”. Now it’s part of the Know Thyself concept, which already has 3 great parties at the “The End” club.

David Petrovic aka Dave, plays music from early childhood and DJing since 2016. Behind him is a guest at the well-known group “Mahoosive” on the island of Koh Chang. Also, he has a cooperation with the “Lancana Reaction” team in one of the many parties “Benefit for mural”