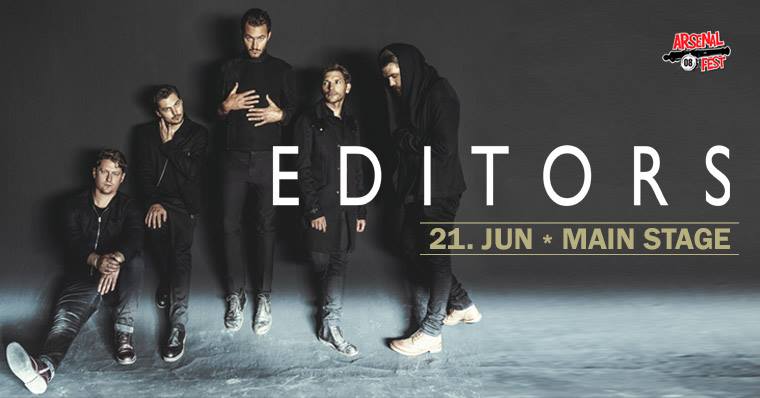 Editors are arriving for the first time at Arsenal Fest as the Main Stage Headliners on June 21st !!!

In addition to the old hits on 21 June, British alternatives will present the new, sixth album “Violence” (released on March 9), with the announcement of the singles “Hallelujah (So Low)” and “Magazine”. The band is known for hits “Papillon”, “A Ton of Love”, “Sugar”, “You Do not Know Love” …

“They say that our music is dark, and I admit that we are more serious than other indie bands, but I do not think people listen to us as poor, but to be happy. That’s why I hope that the audience from our performance will leave with a smile on their face and excited , because we are trying to create music that is life, dramatic, passionate, explosive … I hope that people will join us in the ride, “says frontmen Editors Tom Smith.