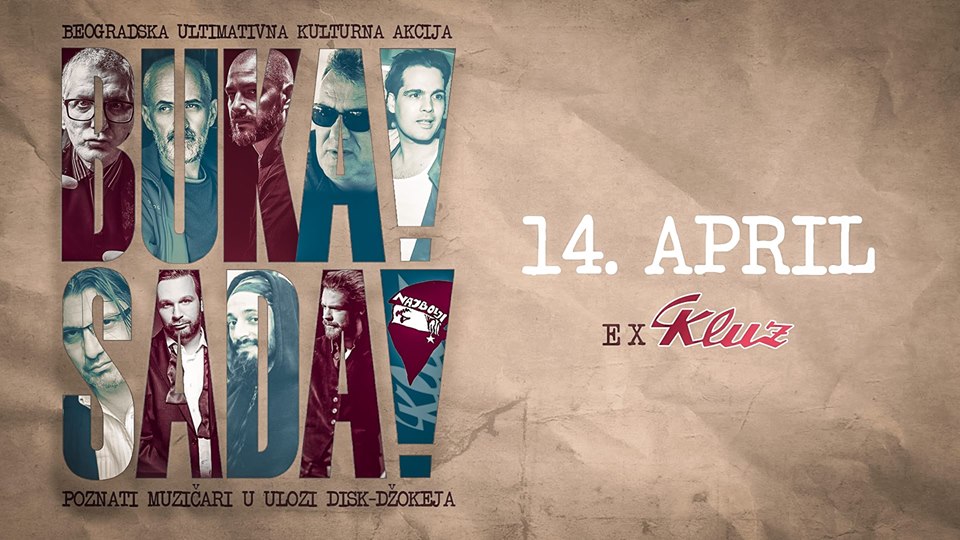 NOISE ! NOW ! is the first in the series of events of Belgrade’s Ultimate Cultural Action, to raise the voice against cultural unilateralism, which has forced us for some three decades into the media systematically.
In this perennial encounter of cultural decadence, urban culture in Belgrade and Serbia suffers serious consequences of neglecting certain city values.
In spite of the constant and unfair mismanagement of the mainstream media, the alternative music scene resists all these challenges, such as a resistance movement, surviving thanks to the part of the audience that continues to show great interest in their work and existence.

Join the campaign to raise the voice against the “value” system in which new generations grow up convinced that “reality” is the only model for forming young people.
On this occasion, we gathered some of the most famous faces of the domestic alternative, this time in a completely different format – in the role of disc jockeys:
Cane, Gile, His Excellency Black Tooth, Rambo, Towing, Oliver, Coyote, Wichler, Vasil and Vukasin choose music and make a top party for all those who share our thinking.
From rock’n’roll, jazz, hop, soul, to deep funk, blues … in the building of the former Kluz