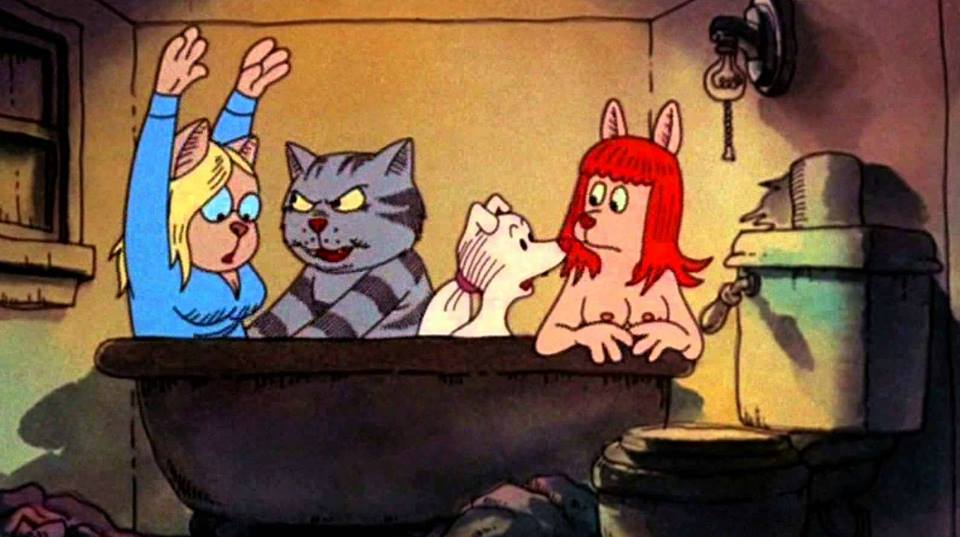 The first feature animated film by Ralph Bakshi, based on the cult comic book by Robert Kramba.
The film is a satirical display of American society in the 1960s, and the shop revolves around New York student cat Frica.
Due to the scene of brutal violence, sex and drug use, he became the first animated X-rated movie.