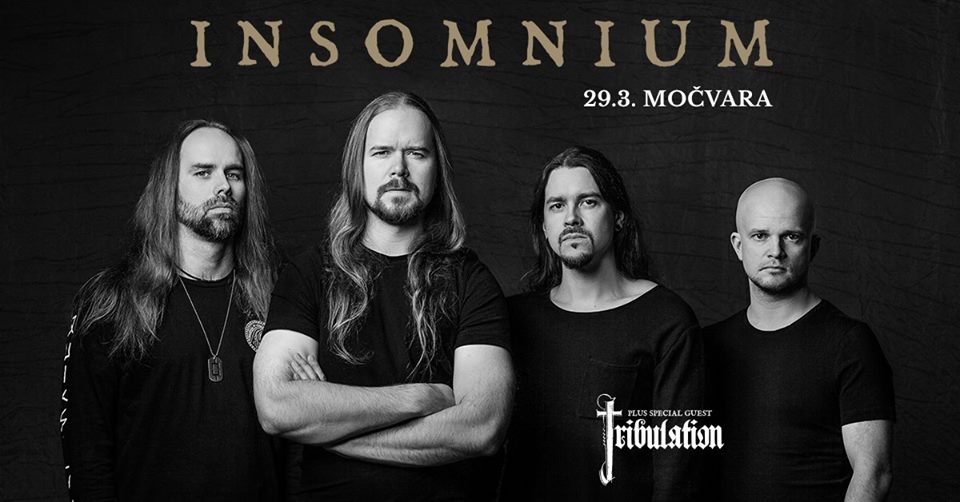 Insomnium has already gained a lot of fans with his previous performance in Zagreb, as a pre-group at the Dark Tranquility Concert. So it is no surprise that the announcement of their first headliner performance that should take place in October 2015 caused enormous interest among the domestic metal audiences. Unfortunately, due to family illness, the entire tour was canceled, so fans in Croatia had to wait for a new opportunity. Meanwhile, Insomnium has boosted the number of brilliant albums, releasing “Winter’s Gate,” a conceptual masterpiece composed of one song in 40 minutes, thereby reinforcing its position as one of the biggest and most prestigious melodic death metal bands of today. They also bring a real treat – the stunning Swede Tribulation. After starting their career as a classic old school death metal band, they soon proved to be far more than that. Thus, by introducing gothic and psychodelic rock influences, they expanded their musical expression and compared them with a variety of people, from At the Gates to Mercyful Fate to Hawkwind and Led Zeppelin. This combination proved to be a winning achievement since the album “The Children of the Night” came to great reactions and took top positions when selecting the best metal album in 2015, and bands brought numerous world tours with bands such as Paradise Lost, Deafhaven, Arch Enemy. .. Their new album Tribulation announced for January 2018.

Ticket price for this event is 120 kn in pre-sale, or 140 kn on concert day at the cashier’s club.

INSOMNIUM – While We Sleep
www.youtube.com/watch?v=vBZ5SLJmfdw