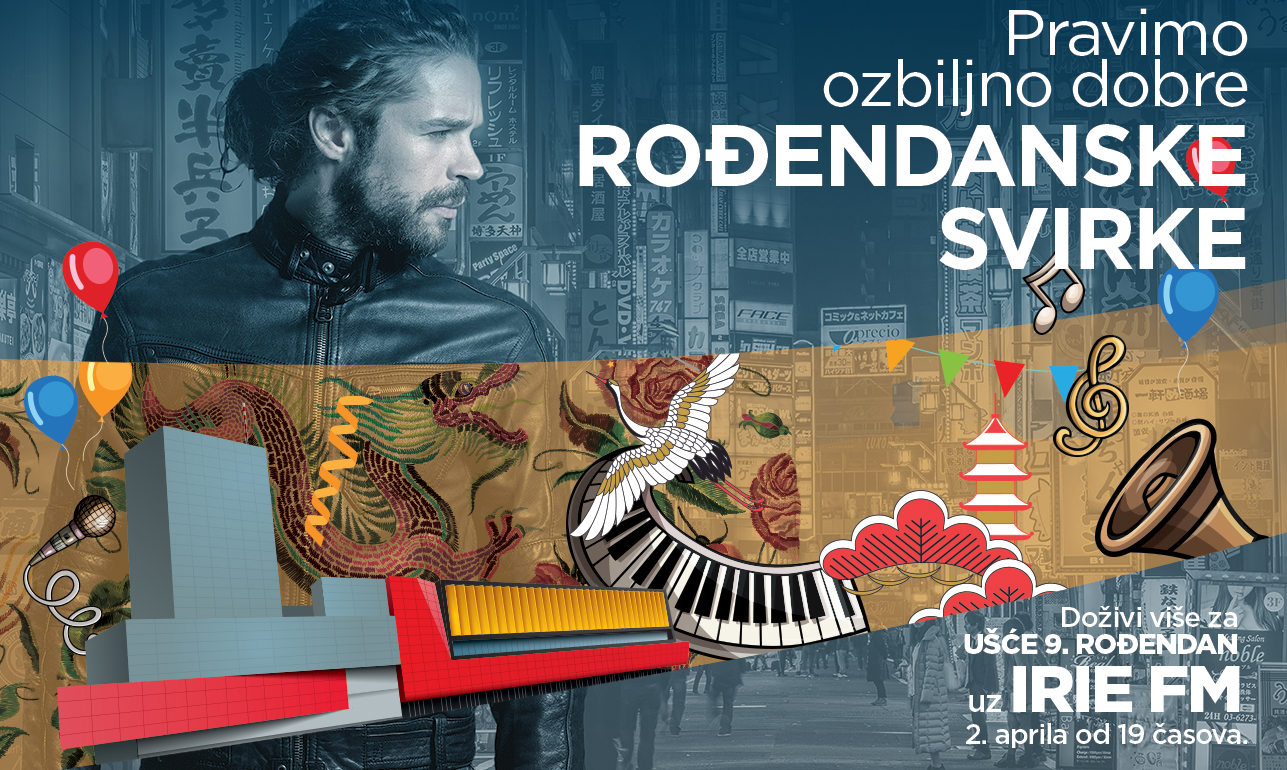 We make the best birthday song with the top musicians of the band IrieFM.

The best young band by the association of musicians Džeza, entertainment and Rok muzika Srbije – “Irie FM” will on Monday, April 2, 19 pm at the Central Market of UŠĆE Shopping Center, to make an uverture for the celebration of the ninth anniversary of the largest shopping mall in Serbia, which will last full of days.

IrieFM is a band of new pop sound from Belgrade. The band combines different traditional approaches to pop music, and connects them, without much criticism of the genre, so the band’s sound varies from song to song. Eight members, one lady, “multi-task” musicians, creators, gathered around one idea – creating “new” music that has direct access to their audience, will focus on the audience at the concert night for memory.

In addition to this musical sensation for opening, during the month of the 9th birthday celebration, visitors of UŠĆA will be awaiting at each step a variety of entertainment content inspired by the eastern preston – Toki, a town 9,000 km away from the UŠĆE Shopping Center, creates trends and provides inspiration.