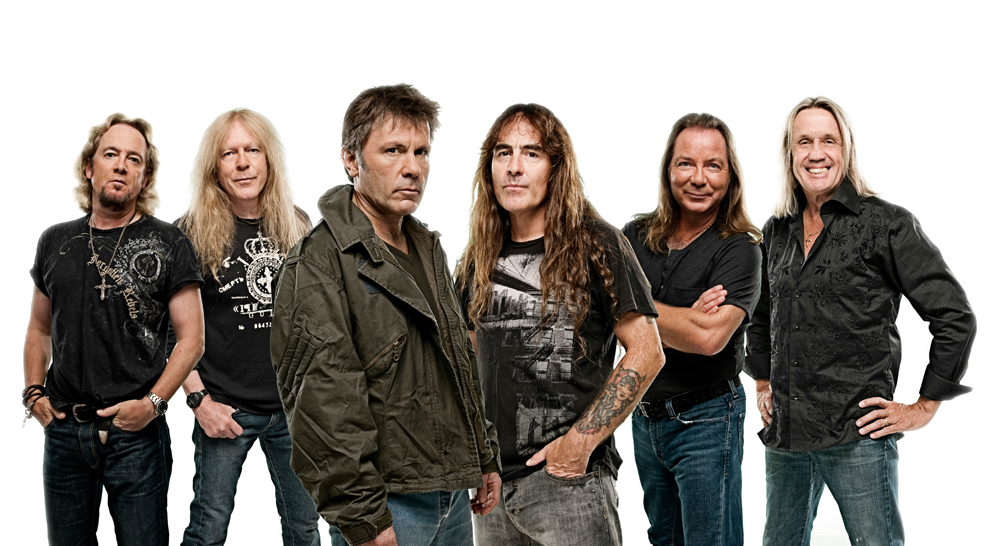 Iron Maiden
07/24/2018.
Following the highly successful global tour of 2016/2017, as part of the promotion of their 16th studio album The Book of Souls, IRON MAIDEN is back on track in 2018, with a series of arena and festival appearances in Europe, opening the world tour of the Legacy of the Beast in Tallinn , in Estonia on May 26th, with the planned completion at the O2 Arena in London on August 10th. They arrive in Zagreb on July 24, 2018.
You can find the full tour of the European tour on ironmaiden.com, and the tour is expected to continue in 2019.

The concept of the world tour The Legacy Of The Beast is inspired by Maiden’s mobile game and comic book with the same name, and the stage and set design will include a number of different but interconnected “worlds” that will follow the set of a large selection of material from the eighties and a handful of surprises from later albums , for the purpose of achieving diversity.
The manager of the Maiden Rod Smallwood explains;
“As our fans know, we follow a certain cycle of the tour since Bruce and Adrian re-joined Maiden at the beginning of the millennium, exchanging a tour of playing music from new albums with” History / Hits “tournaments. We enjoy working this way for many reasons, among other things, because the band has the opportunity to play both new material and older hits, which we know fans want to hear. ”

“In this History / Hits tour, we decided to be based on the legacy of the Legacy Of The Beast, which perfectly serves the purpose of giving us the space to be creative and have a good time, especially with Eddie! At the moment, I do not want to give up too much, but we’re working on several different scenographic sets, all in accordance with the Maiden tradition, so we hope to give our fans a fantastic experience when they come to see this very special show. ”
The sale of tickets for most of the concerts is on sale on Friday, November 24th. For more information, please visit IronMaiden.com. As always, there will be an exclusive pre-sale for Fan Club members, starting on Monday, November 20th.
For tickets, visit www.eventim.hr and at all sales outlets, Eventim, November 24, 2017.

It is clear that the stage with the legendary Iron Maiden can not be shared by anyone, and
These TRAMONTI’s worthy these positions proved to be!
Tremonts are an American heavy metal band that will be 24.7.2018. in Arena Zagreb to perform as a special guest of the legendary Iron Maiden. Their trash metal, speed metal, alternative metal, hard rock and post-grunge music and genre cocktail will bring heavy metal current from Orlando to Florida to the Croatian audience.
Apart from performing as a pre-gang of Iron Maiden at their concert in Zagreb this July, the same honor came to them at Legacy Of The Beast tour stations in France, Italy, Switzerland, Portugal, Spain and Poland. The audience will heat the spectacle for Iron Maiden hits with hits like You Waste Your Time, Another Heart, All I Was, Cauterize and The Things I’ve Seen.
Mark Tremonti, the singer and guitarist for whom the band was named, is known to the music audience as the guitarist of the American rock band Creed and as the leading guitarist of the Alter Bridge group, another popular rock band. The ram with Tremonti, in the same band, are played by guitarist Eric Friedman and drummer Garrett Whitlock, and bassist Wolfgang Van Halen was part of the team from 2012 to 2017. What originally started as an independent project of the founder Mark Tremonti, evolved into a full-fledged band after the release of the first album of the group called All I Was in July 2012.
Tickets for the Iron Maiden Concert in Zagreb Arena 24.7.2018. buy in the Eventim sales outlet system or via http://bit.ly/2jkPwLw.