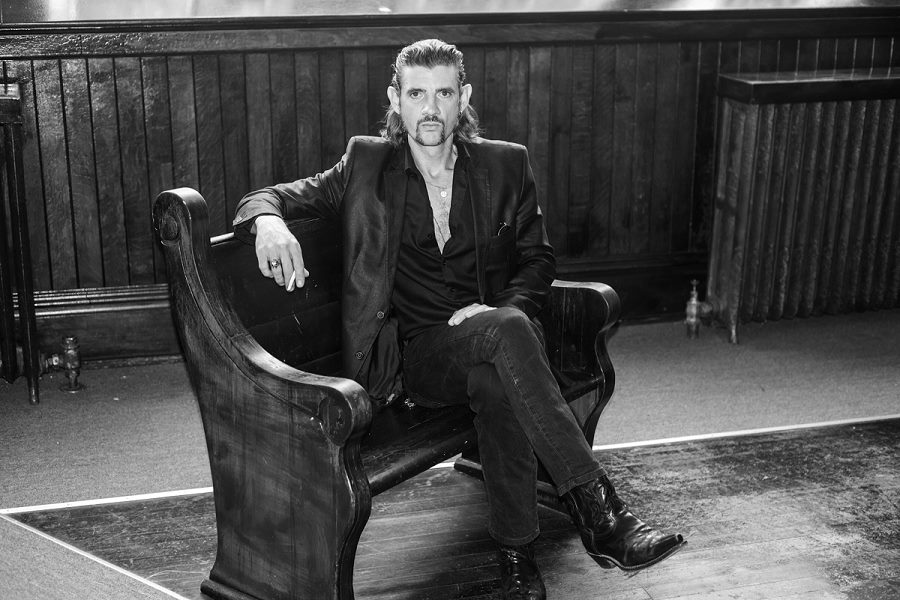 John Wesley Myers aka James Leg has been one of the most intriguing garage-rock leaders for years. The first of the more famous bands in which they appeared were The Immortal Lee County Killers, whose breakdown was formed by Black Diamond Heavies in 2004, a trio in which he was also guitarist and drummer beside him in electric piano and vocals. Guitarist Mark “Porkchop” Holder leaves the band and the remaining 2/3 states that they are thinking how to proceed further where they make a completely correct decision – without a guitar! Until then, there were two bands, but it was always guitars and drums, and with the new Black Diamond Heavies, they introduced a new moment in the formation of the rock and roll band: electric piano / vocals + drums.
In that post, they record two studio and one live album (all for Alive Records) and become one of the most sought after US garage attractions by the end of the first decade of the 21st century playing throughout the US, Europe and Australia.
In addition to the home, James plays his instrument and sings at Cut In The Hill Gang, another important American garage / blues / punk band formed on the Soledad Brothers Ash.

After the break-up of Black Diamond Heavies (2009), James Leg is working on the solo album “Solitary Pleasure” (again renowned Alive Records, 2011), which is seen among the fans of the Black Diamond Heavies and fans of all subgenres of the garage rocker. Deep, rugged vocals and warm, and terrifying pianos of tune with whose fingers, as in his trance, his fingers are a protective sign of this southern gentleman. The processing of the rock and roll hero Hero of Fire and Brimstone and the Kill Devil Hills (Drinking Too Much) in America anonymous Australians in addition to nine of their own songs confirm Leg’s good choice to fill a decent solo debut and embark on the path of continuing his rock career.
2012 with colleagues from Alive Records label, Left Lane Cruiser, records album “Painkillers”. The ten blues processing (from Robert Johnson to Rolling Stones) played / hearted, garage / blues as expected from this garage super-group made the record at the end of 2012 high on a number of garage / rock / blues list.
In September 2015 he released another solo album for Alive Records called “Below The Belt”. The recordings were recorded in the studio of Johnny Walker (Soledad Brothers) and Cut In The Hill Gang, and the mix was done by Jim Diamond in the legendary Ghetto Recorders (White Stripes, Andre Williams, Dirtbombs, Left Lane Cruiser, The Sonics …). This record, in tandem with the months-long tours that followed Europe and the US in the years 2015 and 2016, spread the story of a scattered, tattooed song that kills the god in the Fender Rhodes piano.
In 2016, “Blood On The Keys” (Alive Records), the masterpiece of the electric piano, sounds like Hendricks guitars under his fingers. The leg explores through the different styles of the expected pulsating buggy and the garage of the moment for the headbanging, to the soulless slow pace and by-step break in perhaps the biggest hit so far. Michel Shuffle with all the violins, orchestra and visual traces of Eastern European gypsy music.

The devil’s piano man’s piano returns to Belgrade in late May. It’s followed by a drummer, just like the Black Diamond Heavies on the day that clearly shows that the repertoire will also feature hits from that phase of the career, as well as several in collaboration with Cut In The Hill Gang and Left Lane Cruiser.
The concert will be held on Saturday, May 26 at KC Grad, starting at exactly 21:00 !!

Tickets by the end of April at the pretrial price of 900 dinars at the bar of the City Council and in the pub Brod. From 1 May – 1000 din.