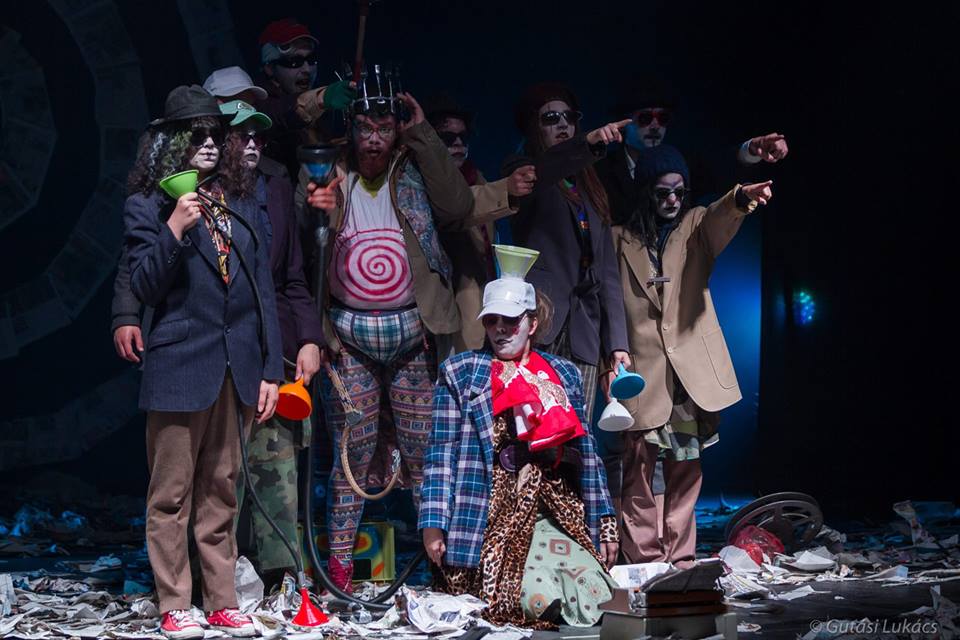 Word of the director:
That Ibi, similar to the drama, REQUESTED to be listened to, directed … From the library’s library he cried out to me: “Candles to my soul, I do not understand why you are not doing me? And me? Jaaaa ???? !! ! ” Unscrupulous and unscrupulous, he did not give me peace. Of course, with that one: “Well, what! God’s God, your God’s flock … you have to do me, you have to direct me, I’ll kill you, do you hear?”
I – what shall I do with this pressure, I did not manage to fight, but I told him that it was not just that he could not threaten me, and he would say to me, “Well, as if the guilt is not as strong as justice.” Then I realized that there was no other. Do not quarrel with a fool! Who knows how it will turn out. I called my mate and set off for a new adventure!
Igor Pavlović

Briefly about the show:
In our interpretation of the famous Jari’s Piece, the depicted image of society is not only comical-grotesque, but actually very remarkable and even disturbing, especially when in the cruel dictatorial methods of King Ibiza and his wife we ​​recognize the manners of some modern omnipotent rulers. Although he himself is a coward and nothing, this grievous and bloodthirsty man with various manipulations and brutal methods of compulsion manages to gain the royal skipper and to rule the remains of obedient and frightened, weak and broken. With many creative and acting imaginations, but also a lot of wit, we wanted to portray this world of ibia, embracing many well-known mechanisms of totalitarian rule – from threats and corruption, through media manipulation to seduction of fear. That’s why the audience during our “King of Ibiza” laughs a lot, but it remains conceived over text and messages.

You can purchase tickets at all Gigstix sales points.
Pre-selling: 200 dinars
At the entrance: 300 dinars