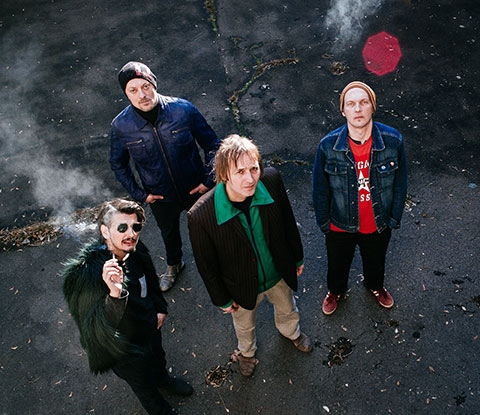 The Kojoti Group will host the first independent Zagreb Club Concert on the 9th of December at the Culture Factory, after a great return to the scene.

For many of the best rock ‘n’ roll bands of these spaces, he reunited again after 17 years of long hibernation and a returnee performance at Zagreb ‘s Brijačnica in January, launched an extremely successful comeback. This summer, the band has been performing around twenty festivals throughout the region, proving that the chemistry among them is still alive, and that everything will not only stop at the concerts will be seen by the end of the year.

Their publisher, the label Dancing Bear, is preparing a boxset that will include three studio albums – “Kojoti“, “Halucinacija” and “Sex Disco Kung Fu”. Paralaline with old songs will release a new single, as announcement of the upcoming release, and the premier is expected in the next few weeks.

Kojoti – “She walked half a meter above the ground”

Tickets can be purchased at a price of 60 kn in pre-sale, while on the day of the concert, you will need to pay 80 kn.