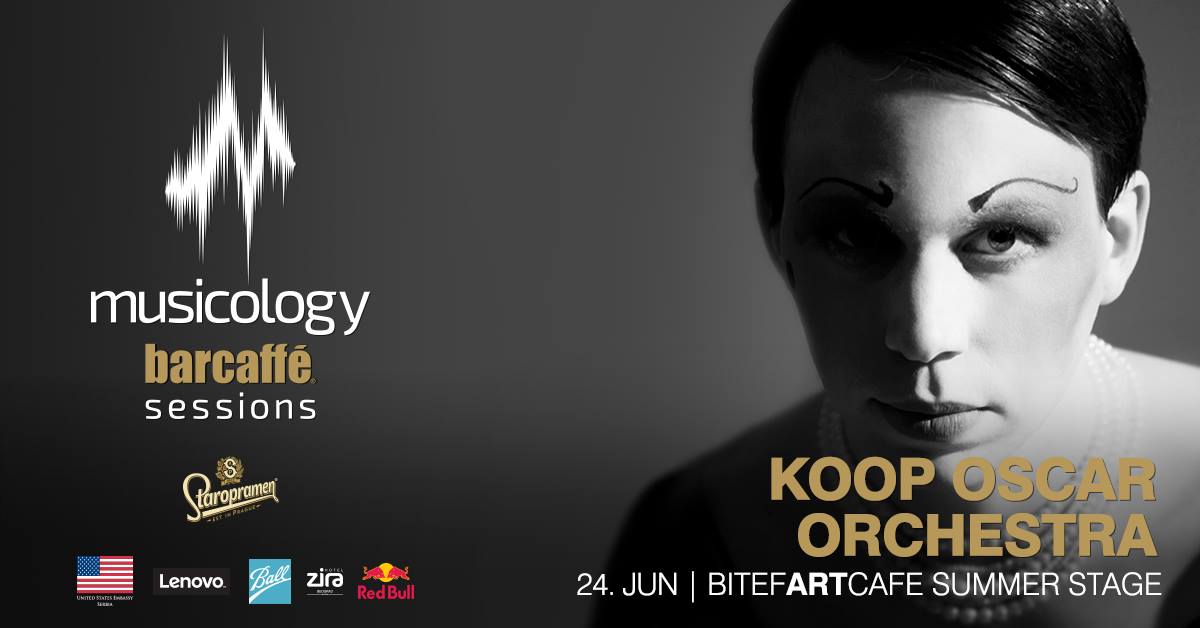 The second season of the Musicology Barcaffè Sessions concert series slowly enters its finale, and the final stamp will be left by the Swedish attraction Koop Oscar Orchestra, June 24, and Bokante – world music and jazz super bend, on July 26th, while another name for now remains a secret . As these dates are already deep in the summer, the intimate atmosphere will be transferred to the club among the Kalemegdan walls, Bitefartcafe Summer Stage.

The former member of the celebrated electro jazz duo “Koop”, Oscar Simonsson, is back in Belgrade with his new composition Koop Oscar Orchestra.
The main mission of the KOO coincides with Musicology Barcaffè Sessions, which propagates the celebration of the size of music – LIVE. As Simonson says, live performances sometimes connect people like nothing else. Koop Oscar Orchestra will play the songs Simonsson wrote for Koop together with a new, unpublished material on the 24th of June, within Musicology Barcaffè Sessions.
“The essence of music is to make the sound together. All those lonely people on the laptop scene, who pretend to do something, make it a heartbreak.” says Oscar Simonsson.

The first 50 tickets sold at promotional prices – Part closer to the stage (plateau) 1300rsd, The part further from the stage (below the level of the plateau, the visibility is worse) 800rsd

The concert is held at the Bitefartcafe Summer Stage club, not on tennis courts.
Reservation of bar tables and counters is possible only after the card is purchased, on the phone number: 063594294
The map without reservation does not include a place at the table and the number of reservations is limited.