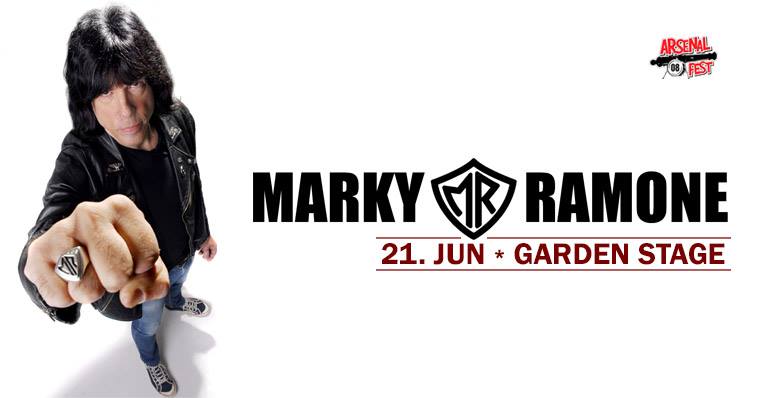 Marky Ramone, the former drummer of the legendary American punk band Ramones, will perform for the first time at the Arsenal Fest on June 21 at the Garden Stage!

Marky joined Ramones 40 years ago on the cult album “Road To Ruin” (1978), and now he will remind the anniversary of the big band songs and arrange an unforgettable punk party in Kragujevac.