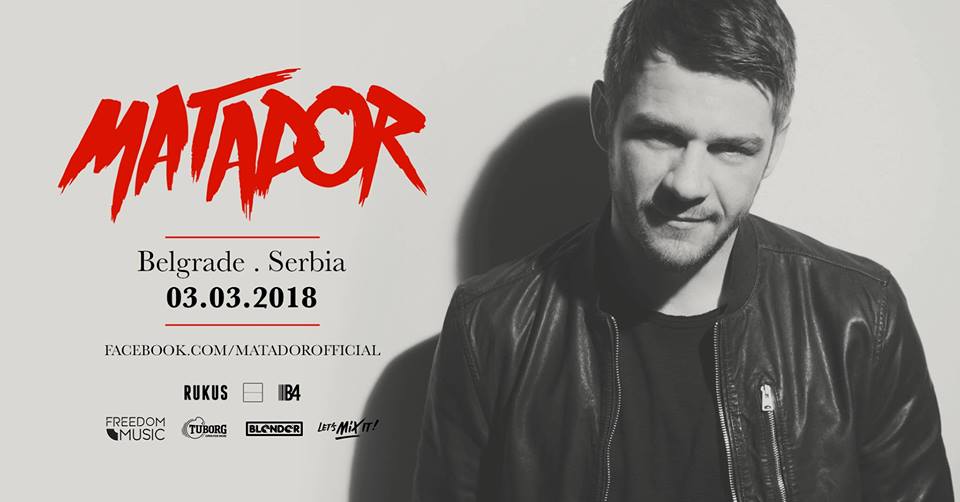 Matador again in front of the Belgrade audience!

A local public official on March 3 will fire the Hangar walls as he knows best. The enthusiasm is mutual, and Matadora Belgrade sailed one of the favorite party destinations. His first appearance was accompanied by a huge interest rounded off by sold-out tickets, he was remembered as one of his best-known performances. We are eagerly waiting for this event and the Matador who will always leave us breathless!

Gavin Lynch, better known as Matador, was born in Dublin, where he began his career as a sound engineer and DJ in smaller clubs, all the time carefully planning the next big step. In just three years, this guy climbed to the very top of the world DJ scene, which helped him a lot of the label “Minus” of the famous Richie Hawtin. Together with other performers on the “Minus” label, Matador soon became part of the club’s all-important club events in the most famous clubs in the world. In 2014, he was named the best Live Performer in Ibiza, and from year to year this is only confirmed.

Tickets for this event from tomorrow are on sale at all Eventim Serbia and GIGS TIX outlets.
http://bit.ly/Matador0303Hangar
http://bit.ly/EventimMatador