Skip to content
8th of marchConcert
EVENT IS OVER 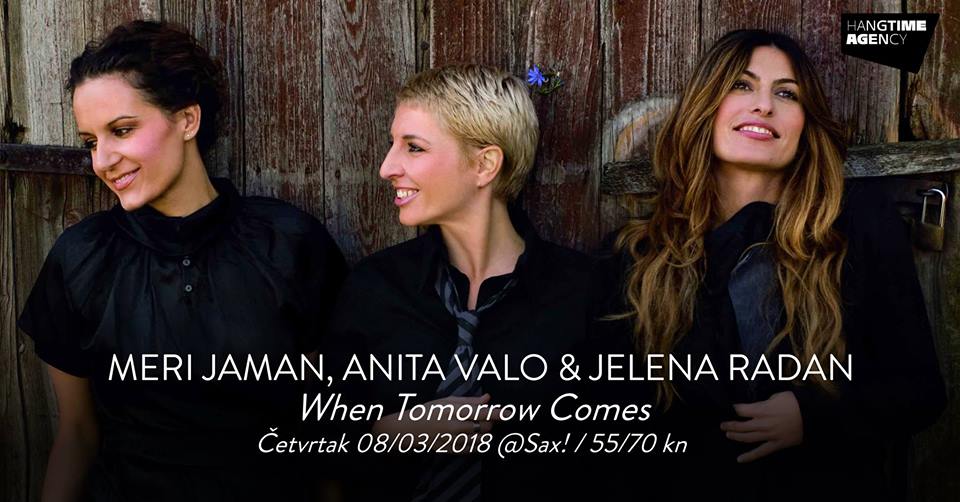 When Tomorrow Comes is their joint concert through which Mary Jaman, Anita Valo (Meritas) and Jelena Radan perform pleasantly songs from authors and performers who followed them through their maturation to date. In fact, they only started with a woman’s letter, but through the years of performing in this combination, they expanded the musical story to songs that mean something to them and they would love to be written for them. Apart from foreign ones, their author’s songs are also on the list, accompanied by the musician Ivan Božanić on bass guitar, Zdeslav Klarić on keyboards and Tina Ostreša on the cajon.

This is a kind of delicacy, because in this form in Zagreb they have not been clubbing for a long time, and the audience that has come to them has obviously something ecstatic in this combination of three completely different personages and vocals.

Join them in this rare occasion, give yourself and your better half-siblings or friends (c) to go to the Women’s Day in Sax on March 8th.

The beginning of the concert is at 21 o’clock.

Tickets can be provided at the Sax club for 55 kunas at pre-order, while for 70 kunas if the concert day is expected.