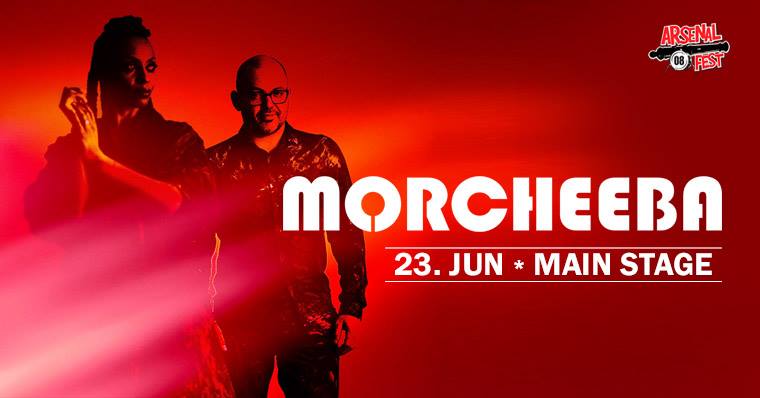 Morcheeb’s Trip Hop pioneers perform as hedlajneri on June 23 at the Main Stage of Arsenal 08.

Morcheeb’s singer Skye Edwards and guitarist Ross Godfrey will be on June 23 the hedge of Arsenal’s Main Stage, where he will perform his numerous classics, but also from the Blaze Away album, scheduled for June 1 .

Since its inception in 1995, Morcheeb has sold over ten million copies of its nine albums, and are known for global hits such as “Enjoy the Ride”, “Blindfold”, “Blood Like Lemonade”, “Over And Over”, ” Rome Was Not Build In A Day “…

“We’ve been in business for 20 years, and it never took us so much time to tour the world with a tour. We still find fans in places where we did not play before. Some have waited a long time to see us, and some just reveal our music. Stunning! “Says Edwards.

The Arsenal Festa 08 ticket for three nights costs only 2,000 dinars today! Since March 15, the set is 2,500 dinars, and individual tickets will be released, which will cost 1,500 dinars each night. The sale goes through the Eventim network, in the Youth Center Kragujevac and at the box office of the Children’s Theater in Kragujevac.