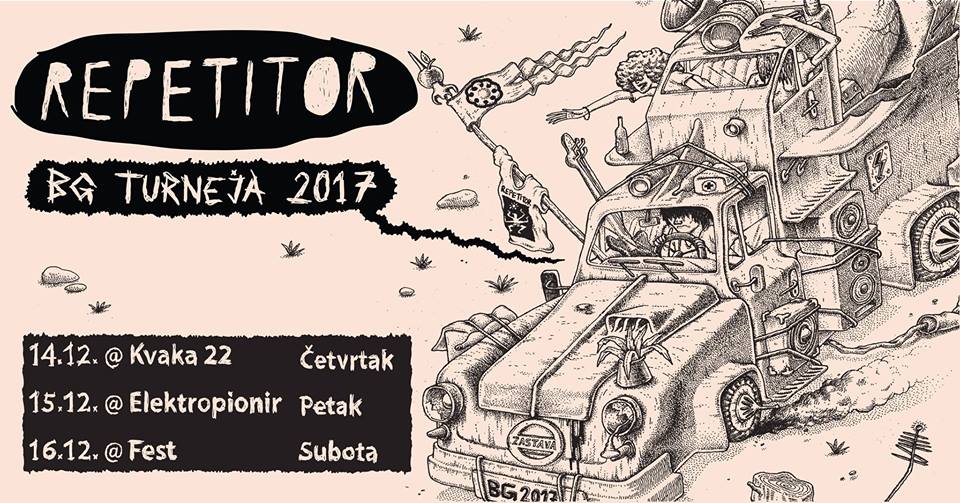 The Repetitor Group decided to put a new challenge before itself.

In addition to numerous performances across the region, BEOGRAD TURNEY is expected in December – three concerts, three days in a row, at three different locations:

“We liked club concerts, smaller spaces and this atmosphere, especially in Belgrade. It’s decided to make this tour. And they called us from all three spaces, and we could not decide where we would be before, so the idea was born to connect these three consecutive concerts in a small tour of Belgrade, “explains Boris Vlastelica as saying the group Repetitor has decided on this unusual venture .

“The audience will be able to hear a somewhat different program at each concert, so we will play almost three complete albums in those three nights,” added Boris.

All three concerts will host friendly bands, which will introduce the audience to the performance of the Repetitor.

In Kvaka 22 will perform the group Johanbrauer, in the Electro Trivia Vin Triste, or Schaizerbiterlemon in Fest.