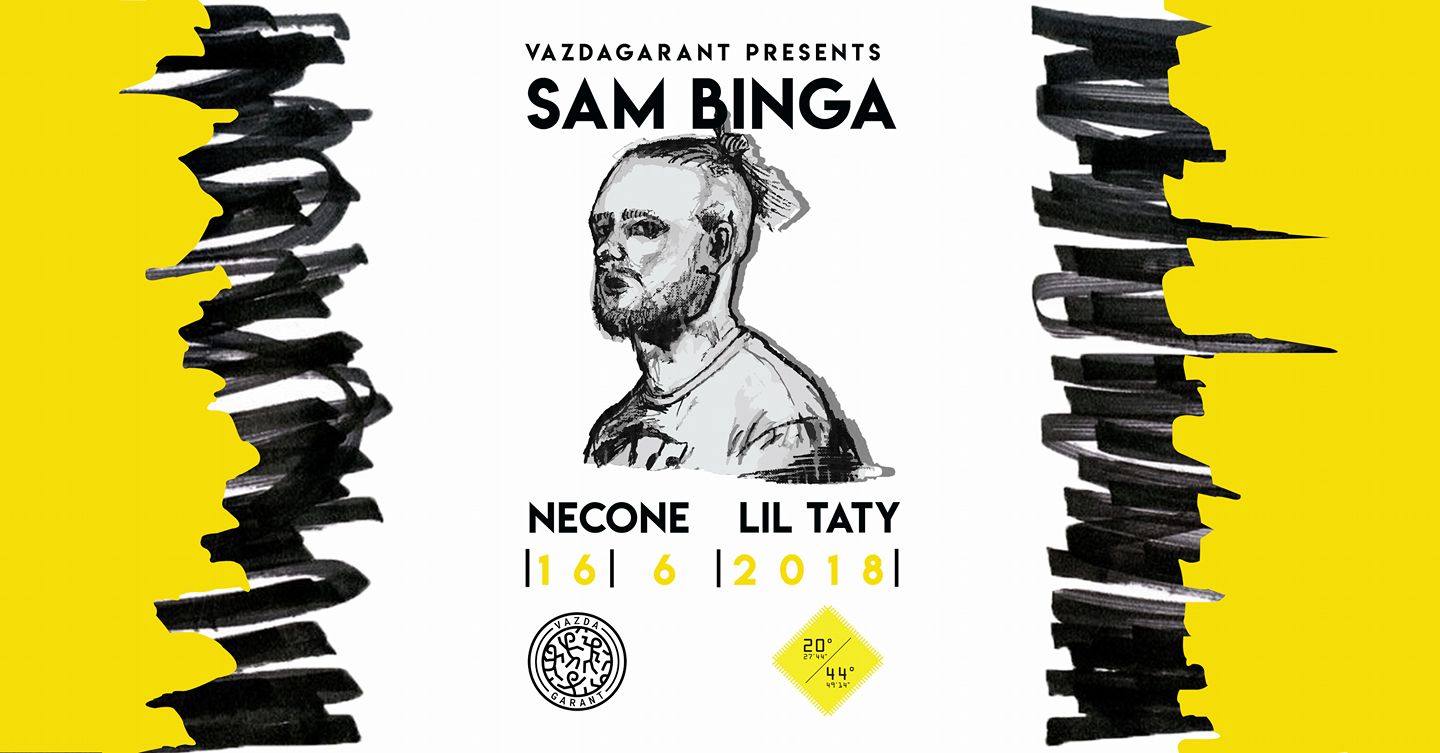 Drum’n’bass, jungle, hyphy, dancehall, 2-step, juke, crunk, 808 (and everything else) influenced him so far, and his sets are eclectic – which is why they are extremely unique. Because of this, Sam Binga has a year-long tour of North America, Australia and Europe, and festivals are happy to hire him.

Sam Bing began to produce under this pseudonym in 2013, and before that he created music under the pseudonym Baobing.
In 2015 he released his EP ‘Nuh Chat EP’, and launched the famous single ‘Ayo’. After that, Sem’s first album, called ‘Wasted Days’, followed; Since the release of the album, hits such as Run the Dance, Mind and Spirit, Steppin and I Longest Distance still remain an integral part of the set of many famous DJs.
Sam Binge’s latest release featured him in a different light, and that’s his ‘Champion EP’ made in collaboration with Rider Shafique. This EP has shown that Sam Binga derives inspiration from world music and makes it completely characteristic.

Along with his solo projects, Sam Bing together with Om Unit created the BUNIT project, with 4 EPs already released; In addition to Chimpo, he produced EP ‘For those who like it sweet’, and with Addison Groove, he started techno in the EP ‘Where are the people’ (though under another pseudonym – or even more!).
Sam Binga is also part of Richie Brains – including Fracture, Chimpo, Alix Perez, Stray, Om Unit and dBridge.

Support to our favorite producer will be Necone, our renowned DJ, designer and spiritual guru who has once had the honor to host Sema; with Neconet, support will be provided by I Lil Taty, discovery of the year, DJ and producer, UK genre-enthusiast and a very good character.

========================
VAZDA GARANT is a team composed of five girls who want to get to know the audience with other music genres and promote andergraund culture in Belgrade.