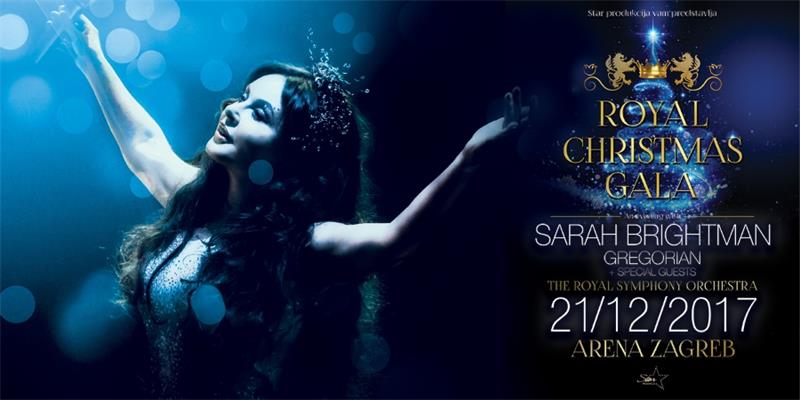 The famous British soprano Sarah Brightman will make a real music treat for all the fans of classical music on the 21st of December, 2017 in Zagreb.

As part of the “Royal Christmas Gala” tour, this international artist and her music guests will perform festive concerts enriched with gorgeous light effects.
As well as accompanying a great orchestra, we are preparing a wide range of traditional Christmas songs, including her world-wide timeless hits, such as Amigos para Siempre and the timeless “Time to Say Goodbye” she performed with Andre Bocelli.

For 30 years her voice has been reminiscent of theaters, arenas and stadiums and enchants millions of fans around the world. In addition, the figures include more than 32 million albums sold worldwide and over 180 awarded gold / platinum awards.
As part of the Royal Christmas Gala concert, the popular Sarah Brightman will perform for the first time in Croatia and check out the tickets for a great Christmas concert at Eventim. .