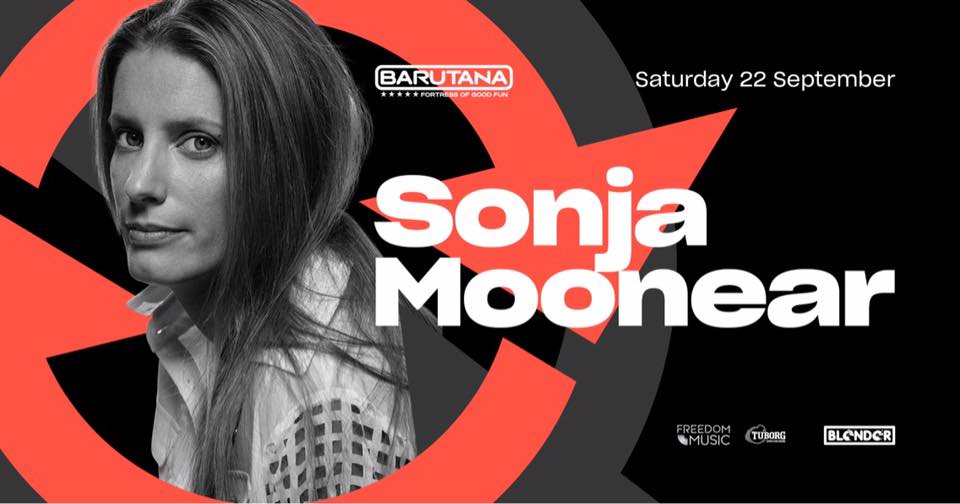 Minimal and techno legend and one of the world’s three most sought after women
di-jazz, Sonja Moonear will perform on Saturday September 22 in Barutana.
After debating in front of our audience at last year’s Lets Mix It!
At the festival, Sonja returns to Belgrade to entertain her authentic clabers
set and enviable mixing skills, with eclectic taste and collection
a plate that can be re-enacted.
Sonja Moonear is the leading name of the world andergraund electronic scene
the bearer of the flattering nickname “female Villalobos”. Famous Switzerland
producer and DJ already met with her in the fourth year
the first instrument, the piano, which is later, along with classical music and
She studied at the Academy of Music. After she finished her studies, she decided
to replace the piano for the turntables and to buy the Roland R8 drama machine.
Often ahead of her time, as a great fan of David Bowie, at
In the late eighties, Sonya infiltrated into the Geneva and German clubs
andergraund and plunged into a vortex of electronic music.
Her club experiences began in the early 90’s, and later, when
actively involved in the scene, style has been built in clubs such as
Panorama Bar, Fuse, Amnesia, Fabric and other cult sites.
Her music is a deep / minimal / tech form fusion, always seasoned
exotic and unusual pieces that carefully choose as passionate
collector. It is famous for flawless transitions, and among the audience
her mastery of subtle minimal and tech is especially popular
a strip with raw groove and techno energy.
She began working with other producers, such as Luciano, Cosmic
Chile Zürich, Junction SM, Dandy Jack, and is followed by an impressive world-class
a reputation that was won by an eclectic style for a DJ counter, but also
through their own production and remixes, which come out on the publishing houses
Karat, Perlon, but also her own Route 5.
She is the owner of the Ruta 5 label, she organizes various parties through
Switzerland, as well as the increasingly popular Kiss Me festival. Despite all this,
She is also a sound designer for Swiss-French television, where she works
audio production for short films, music for documentaries and downtown.
Cooperation with great names of electronic music, such as Ricardo
Villalobos, Luciano and Miss Kittin, who recognized her talent,
they brought her world glory.
This Geneva artist can not be easily categorized. Her sets always
reflect her numerous artistic ideas and great creativity, for the sake of it
which constantly redefines their style. Her musical background,
eclectic taste and impressive plate collection, the reasons are why
Miss Moonear is one of the most wanted DJs of today.