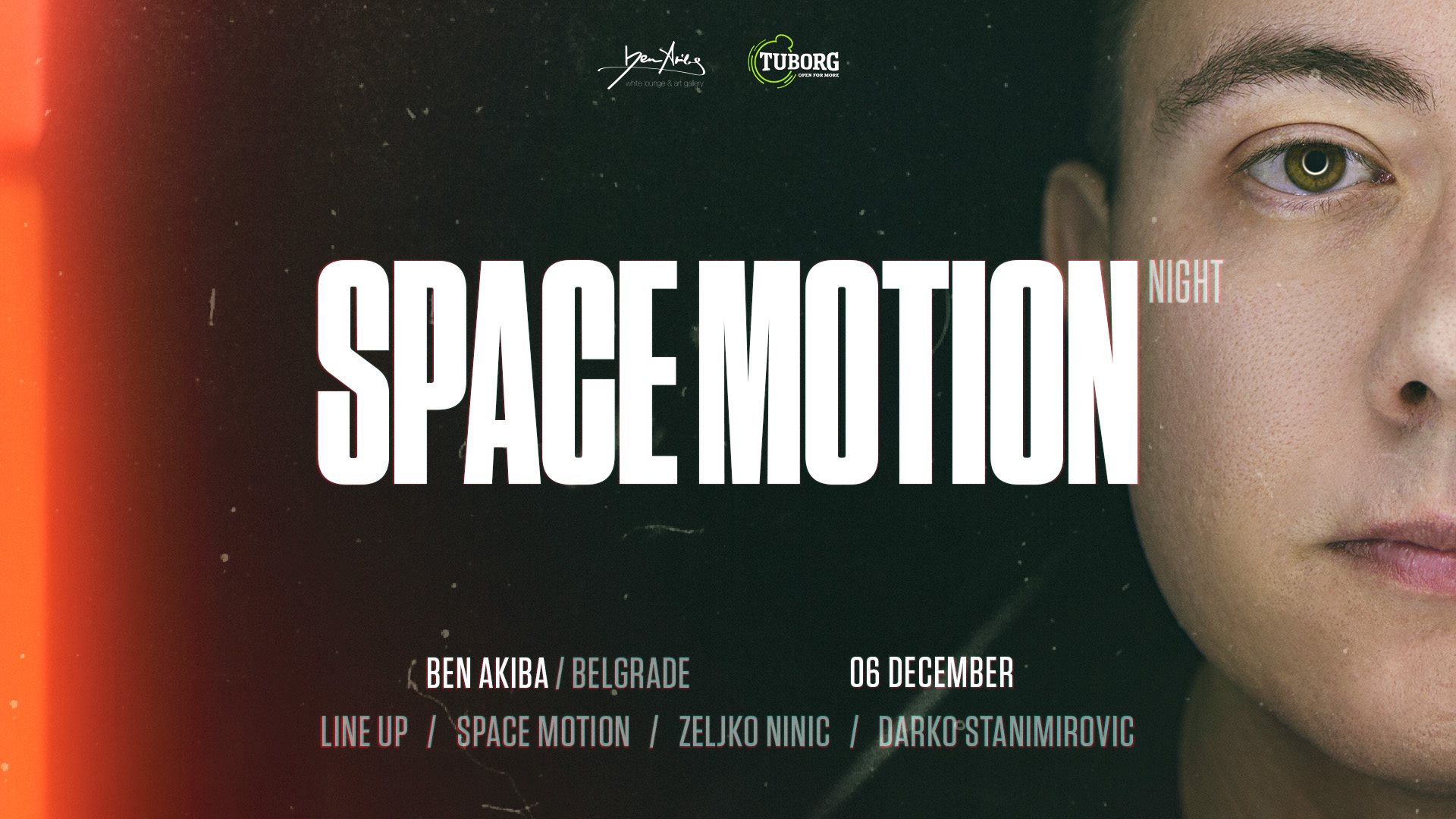 Famous DJs and producer Space Motion, whose production is an indispensable part of sets of world giants such as Solomon and Nick Warren, will perform on Wednesday, December 6th at the club Ben Akiba, at the well-known address at Braća Krsmanović 6 in Savamala.
The career of Space Morion was unique, and his distinctive musical style is not genre-bound, which is today a rarity, especially among regional names, and he skillfully balances the progressive house, techno, tech house and deep house sound, of course with ethno Elements.
Apart from the technical skills and wide artistic spectrum, the sets of this performer are recognizable by the special energy shared by Space Motion with the audience. Never stopping upgrading, Space Motion reveals the secret of a successful set, which is communication with the audience through sincere emotions and quality music, which he artfully presents.
The turning point in the rich career of Space Motion is his noteworthy ect at the best European festival, Exit. Also, he has several successful concerts behind him, and he is the only local performer to perform with famous musicians, among whom is one of the best European clarinettists, Bozidar Milosevic.
The size of this artist is even more impressive when we focus on the story of his production of the world class. Space Motion relies primarily on its creativity in sets, and usually rotates over 50 percent of its tape. His approach to music is completely different from what we are accustomed to when the producers are in question, and he does not want to bet for the labels at any price, and then he waits for them in long terms and procedures before sharing it with his fans. Space Motion wants something different, that everyone can hear and enjoy his music. On the complexity of his production and quality, he also testifies that most of his songs exclusively have exclusive performers such as Solomon, Maceo Plex, Nick Warren and Hernan Cattaneo, who often include Space Motion Stripes in their sets.
One of our best house and progressive sound players on the global space of electronic music, Space Motion, continues to shift boundaries and seem to expect great things from him.
The ticket price is 200 din and you can buy them at the entrance of the club. The same evening, in addition to Space Motion, we will have the opportunity to hear his guests, Zeljko Ninic and Darko Stanimirovic.