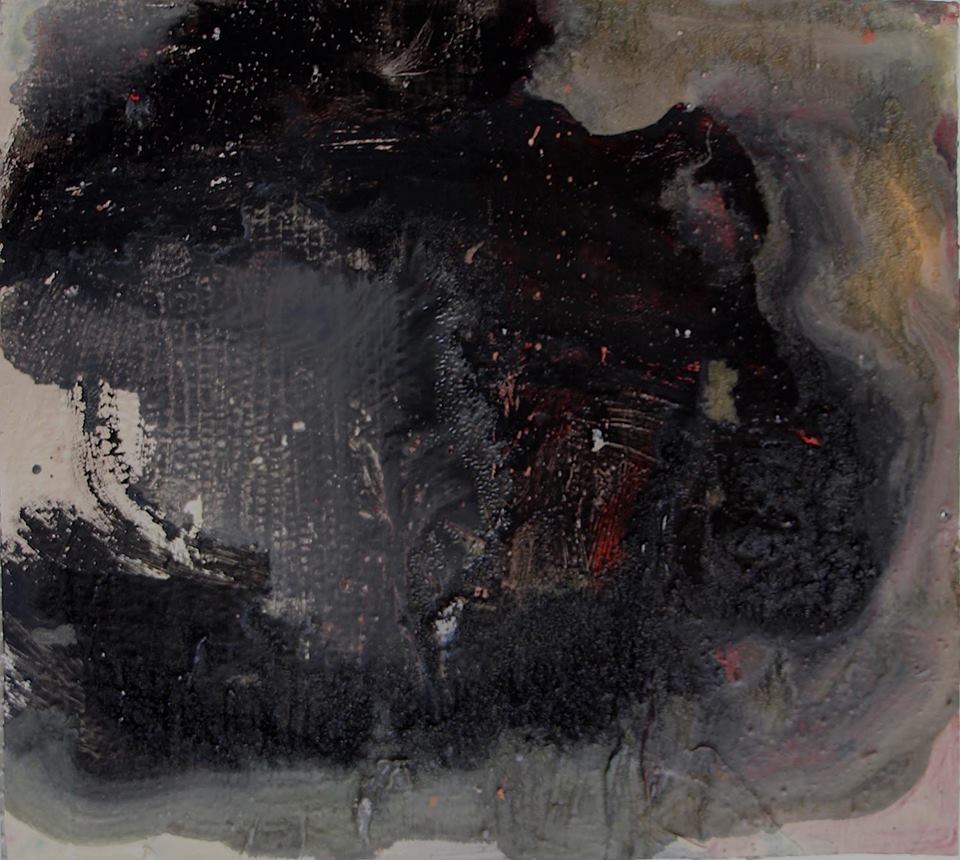 While I’m watching Tanja’s paintings – both larger and smaller – I’m constantly pushed to the same, just rather banal questions. I wonder, for example, do they quickly and rapidly, or are they the result of a long-lasting painting process? Do they primarily reflect the energy of energy, intuition and spontaneity, or reflectivity, or absolute awareness? I never decided to ask her some of these or similar questions. I’m deliberately not. This kind of uncertainty seems to me extremely seductive; the slippery visual-psychological impression present on all Tanja’s paintings simply does not allow the closure of the sight. Their characteristics, such as the juicy cheeses, above all the dynamic amalgams of gestures and stains, and the moments of eruptive energy that emerge from organic forms upgraded by unconstrained color, continually stimulate different readings and new sensations, while simultaneously testifying to the author’s precision, even a kind of analyticity in the treatment of painting surface. In other words, Tanja, in a surprising way, manages one of them – an unfamiliar – painting process or the principle of two different visual essences.
Such an approach to painting and art in general today is the absolute dominance of the most diverse artificially generated “images” and “icons”, I would say, in a certain way, to the time of the new hieroglyphization. He also opposes the prevailing terror of templates, imitation, the overthrow of all types of individuality, and subjecting them to trends at all costs, thus restoring painting to the area from which it originated, an area of ​​absolute authenticity, resilience, and unrepeatability.
In Tanya’s paintings, the form can not be separated from the content, it is the content. Following her gestures and stinging, absorbing into the texture, we become aware of an entirely different level of narrativeness, or perhaps more precisely metanariality, which is realized exclusively through living forms and their inner logic of existence. And we continue to ask how they were created. Is there a carefully pursued and measured ratio behind them, or maybe traces a short-term run-up with the energy of a filled inspiration? Everyone is invited to offer an answer. And, at least as far as I’m concerned, it can not be wrong.
VANJA BABIĆ