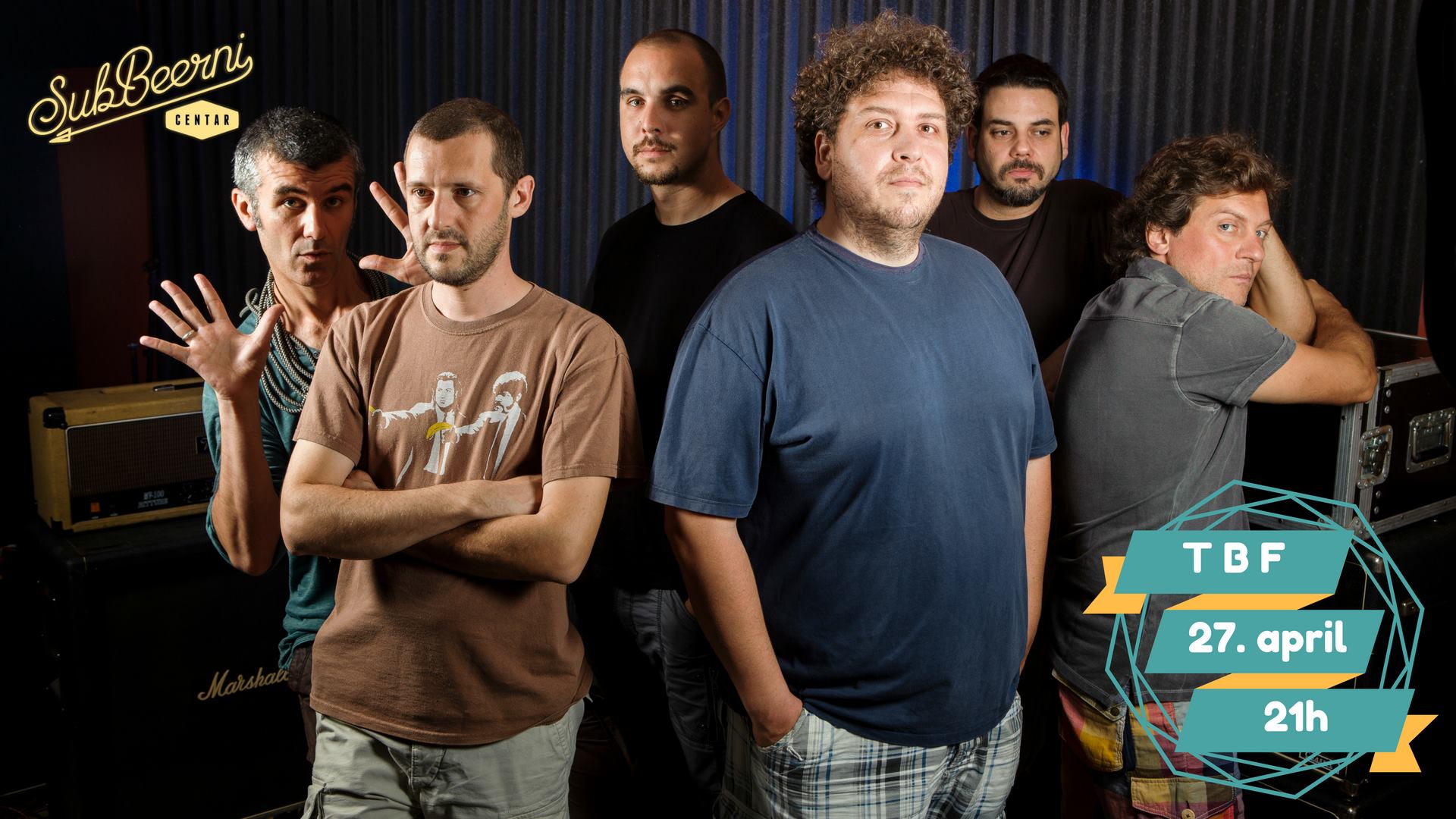 They are a “vice versa” to classic club performances. They are representatives of “hip-hop” ping-pong, with the unavoidable smell of the
The Mediterranean, which is not usually on postcards.

Tickets will be on sale from Tuesday, April 10th, to Sikarica, DD Tickets and Eventim Serbia, as follows:
800 dinars – promotional contingent
1,000 dinars – regular sales
1,200 dinars – at the entrance to the club, at the evening concert

“Nothing will ruin this day for me!” 🙂

TBF’s themes vary from criticism of political corruption, and
corrupted social values ​​(dominance of the degenerate
material interests with intolerance to everything that is different, the suppression of urban Mediterranean culture) to everyday street fuss and love themes. And all this with a dose of humor inherent only to them.

TBF is one of the most progressive and most original music stories in the Balkans.

They started as a hip-hop band in 1991 and changed their form and developed sound until 1997 when they released their first album, “Ping Pong: The Art of a Healthy Giant”. After that they come to their climax, forming a special musical expression and great popularity in the region.

TBF is currently working on songs for a new studio album and is in full performance with a spring-summer season of performance.

Belgrade did not even think about it bypassing them.