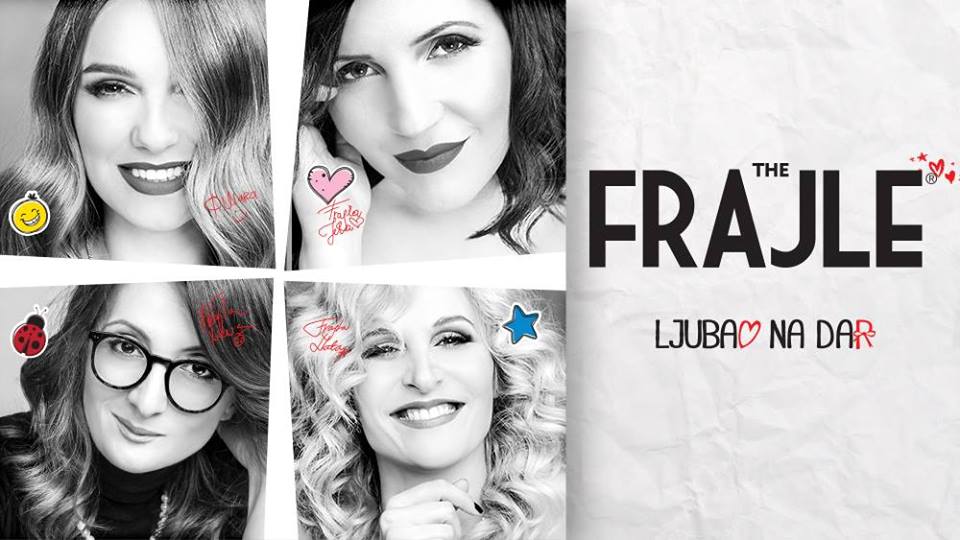 Marija Mirković, Natasa Mihajlović, Jelena and Nevena Buča are members of The Frajle. The factual condition by which they are in fact four vocals and two acoustic guitars can not in any way convey what The Frajle is. The pieces that the audience has won since 2009 are their specialty that distinguishes them from others on the music scene and have magnetically attracted the audience of various musical orientations.

The Freelocks succeed what is unclear to many – in a single concert, equally to keep the audience tense, performing songs in the range of Russian Gypsy to current pop-rock songs. Sometimes they appear to be a cabaret group, all of which contribute to their striking costume design which also makes them significantly different from the rest of the scene.

Their fourth album is named “Love for a Gift” – Freud, who always showed that they have a great heart and underlined the fact that their music can do well, decided that all the proceeds from selling the CD go to the Special Hospital for the Protection of Children with Neurodevelopmental and motor disturbances at Zagreb’s Goljak.

Through their many years of work they confirmed that they are a permanent and recognizable phenomenon in the music scene throughout the region. Each album brings something new, but also keeps what they become famous, they are happy to listen to and favorite of a large number of listeners across the region.
Lisinski is not unknown to them, so they always return to his stage. The concert “Love for a Gift” was announced for April 24, 2018, and tickets are available at www.lisinski.hr and at the cash desk of the Dvorana.