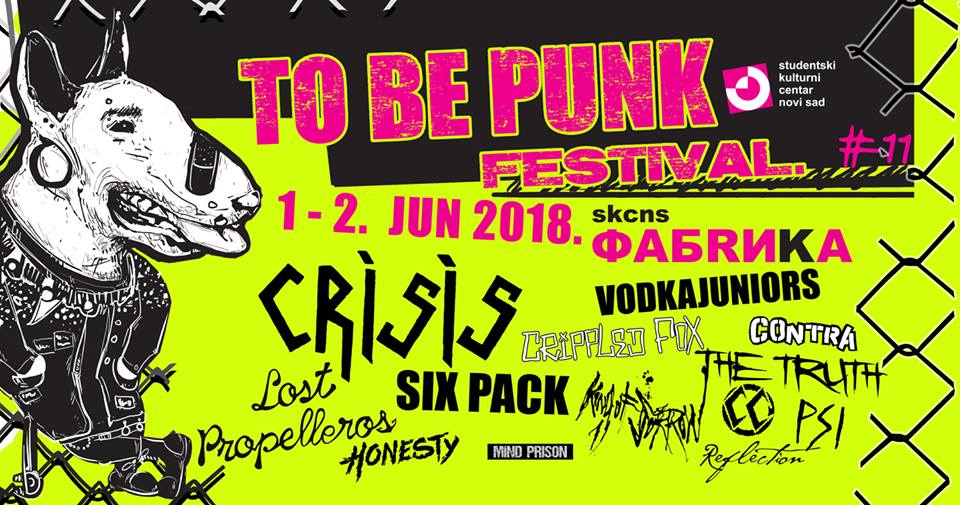 The Eleventh To Be Punk. The festival will be held, according to the usual schedule, on the first weekend of June. Again, in two days (June 1st and 2nd of June 2018), 16 bands will perform, which until now have not played at the festival. Most names are known to the public, but there are also several debitants. The English anarcho composition Crisis, after a long pause, returned to the scene and held a series of great concerts. They are one of the most exclusive names of this year’s Rebellion Festival in Blackpool. Local Lost Propelleros recently held a returnee gig in a sold-out CK13. The Greek band Vodka Juniors, after a break and canceling a part of the tour, finally arrives in Novi Sad. The event will feature tireless SIX PACK followed by PSI from Belgrade, the The Truth of Kraljevo, two new hardcore names Reflection from Gornji Milanovac and Mind Prison from Kragujevac. There is a great Zagreb CC, then Bulgarian KING OF SORROW, Honesty from Paris and two very active Hungarian crew Crippled Fox and Contra. More details about the bands, schedule, timetables and tickets right after the holidays.