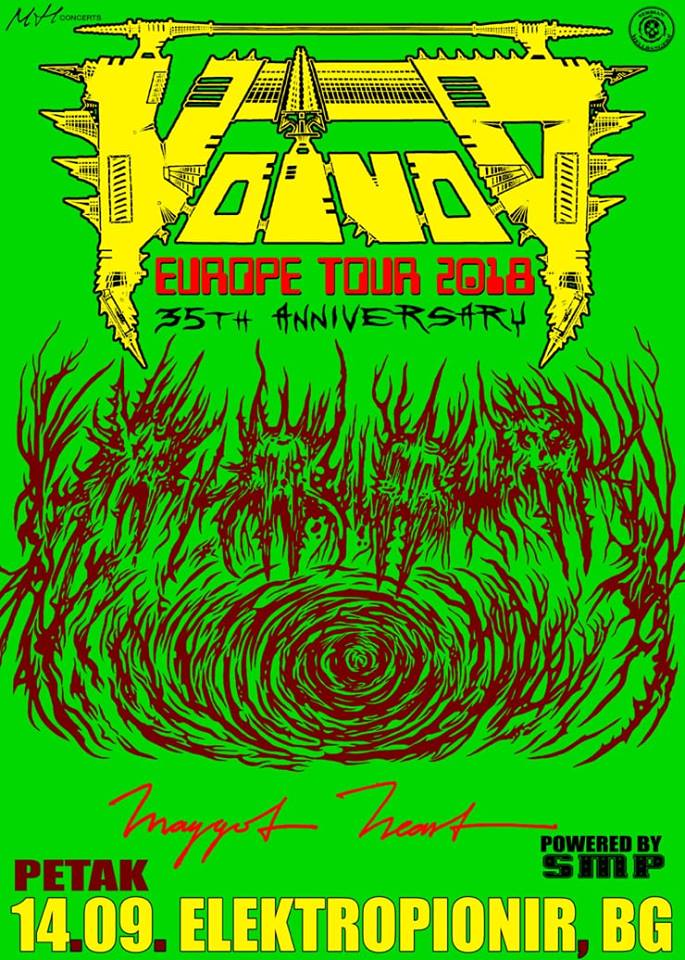 After a previously dilapidated and sold-out concert, Canadian metal legends return with us to keep the promise of a quick return to our country!

The legendary Canadian track / thrash metal band Voivod will perform on September 14 in Elektropionir.
The first album, War and Pain, was released by Voivod in 1984, while EP Post Society released its latest studio release in 2016 for Century Media.
The band are today singer Denis Bélanger Snake, guitarist Daniel Mongrain Chewy, bassist Dominique Laroche Rocky and drummer Michel Langevin Away. The original guitarist Denis D’Amour Piggy passed away in 2005, while the bassist Jean-Yves Thériault Blacky Band definitely left in 2014. It is important to note that Jason Newsted Jasonic (ex-Metallica) also played in Voivod with three albums.
This time, the band celebrates its 35th anniversary, and also in Belgrade will present the latest album, which will soon be released for Century Media Records, in addition to a number of legendary summers from all ages.

Special guests will be the Swedish dark rock band Maggot Heart, founded by Linnéa Olsson, former guitarist of The Oat and Grave Pleasures. On this tour, the band will promote their album Dusk to Dusk, which will be released in July this year.

Subsequently, oldschool printed tickets will be released in a very limited circulation.