Skip to content
8th of marchClubbing
EVENT IS OVER 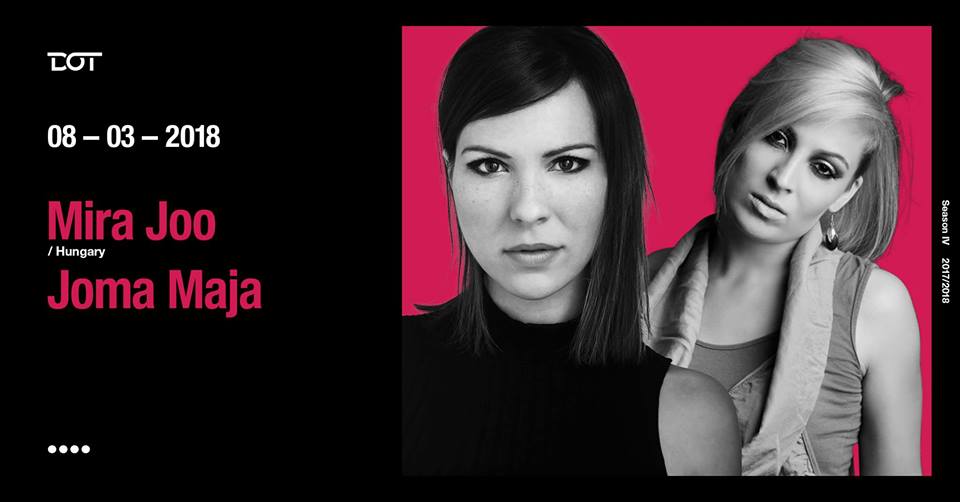 Mira Joo started her musical career as a classical pianist, she started to collect her first vinyls and practice in 2003. Due to her passion and talent she had played in electronic music parties all over Hungary and soon she has been invited to other countries too such as Brazil, Greece, France, Lithuania, Spain, Austria, Iceland, Germany, Serbia, Sweden, Turkey…

2004 -2007 she had her own radio shows in Torespont Radio called “Mira from Wonderland” with the good newest breakbeat music and “Hairclip” in Pararadio in a tech house, techno style. From 2011 she is one of the resident dj of “BE MASSIVE”, “SHE FIRE” and from 2012- 2014 for “NoDisco!” in Hungary.

2014-2015 She had a radioshow together with the She Fire Djs in RCKO.fmcalled „She Fire Radio Show” on every second Monday and in Prime.fm with „Be Massive Radio Show.” She has been played in many big radio stations in worldwide, like Ibiza Sonica Radio from 2015, where she has started to present her new weekly radioshow, „Next Level” together with Lollino and Ayman Awad from
in 2016 summer. She attended IMPRO, Budapest School of Music Technology in 2011 and started to do her on music. Beside her own music production she enjoys to make music for other, very different kind of uses.

She was nominated to the „Best Underground Dj of the year 2014” in Hungary. As she won the BURN Residency competition national round in Hungary in 2016, she got
to the international final part of the competition in Ibiza. After 3 weeks of intensive workshop and challenges, the jury, leaded by Carl Cox, John Digweed, Dubfire, Philipp Straub, Uner etc. decided to choose her to be one of the three winners of Burn Residency, the biggest global dj competition of the world.