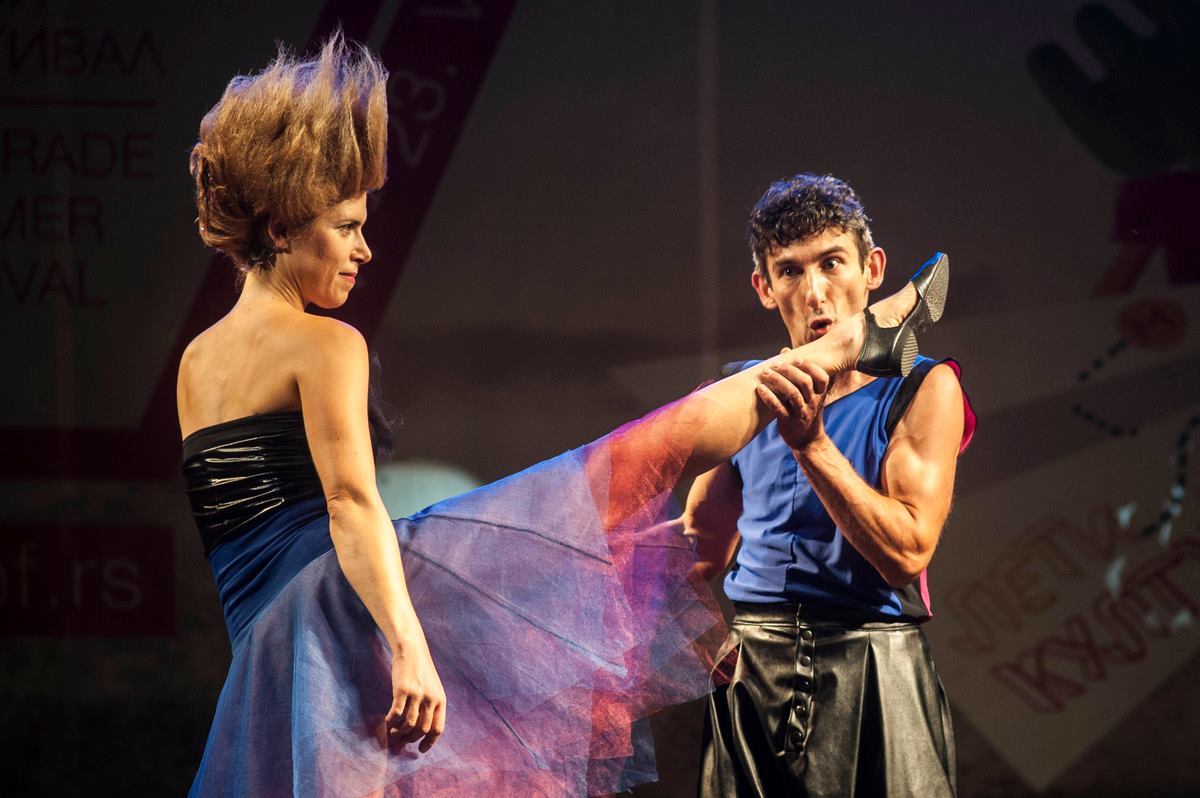 Alice in WonderBand is a dancing orchestra. It is used in voice and technique body percussion, in which the body is a rhythmic instrument. He performs his own arrangements of popular Serbian folk songs as well as author’s songs.

This mini-spectacle was directed by Visnja Obradovic, and the performers are Ana Vrbaski iMarko Dinjaški. Alice in WonderBand is a life project of these two artists, a kind of art lab that has been in existence for 20 years. Since 1998, they live on the edge of the Fruska Gora National Park and create art in accordance with nature. Alice and WonderBand has grown from a musical group to a multimedia, which, in addition to concerts, has also performed theater performances, exhibitions, performances and fashion shows. In their expression, artists combine theatrical language with physical theater, dance, circus.

“The idea of ​​a series of endless possibilities for creativity and creativity, using one’s own body, sensitivity and comprehension. The beauty and ease of stage meaning and sound, available at all times …”
Vladislava Vojnovic, dramatist, writer, screenwriter

“An attractive poem and dance of primitive peoples in an urban context can be, not only the currently excited spark of curiosity, but also demanding skills with a high artistic reach … I believe that their joy of play, dedication and skill will find their source in today’s rare, stylistic authenticity fulfills high elitist and populist criteria. Fun, art and art. ”
Vladimir Cvejić, actor, director, theater teacher

“They take the” mobile map “on the spot and lead us on the way through places and time …”
Nela Antonovic, founder of the Mimart group, Belgrade