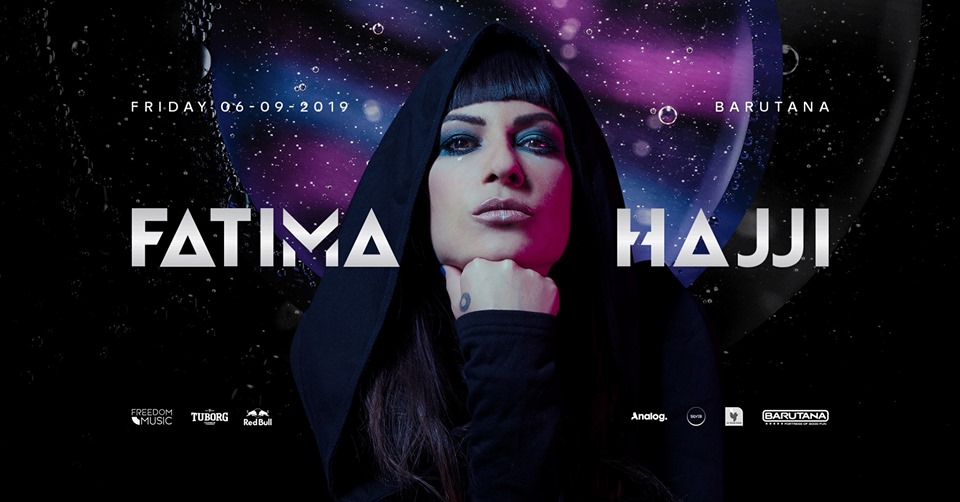 Kalemegdan, Belgrade, Serbia
06.Sep.2019
23:00BeogradSrbija
Do you like this event? Click on a button to like it!
Spanish tech artist of African origin Fatima Hajji will perform on Friday, September 6, under the walls of the Kalemegdan fortress in Barutana. This year, Fatima celebrates 20 years of her presence on the music scene, and on that occasion, plans for a special party for Belgrade clabers to celebrate this jubilee. During her long career, she has formed various sub-genres of techno music. Her sound is a powerful hard techno, in which the hypnotizing Arabic melodies stretch, as well as the elements of African music, salsa and good clusters. Fatima has an excellent mixing technique, has a great talent in music selection, and when performing before a full dance floor, as a pressure on the magic button, it connects fully with the audience. The inspiration she receives from the audience helps her to bring tens of thousands of people to the biggest world festivals such as Awakenings, ADE, Tomorrowland, Monegros, Free Your Mind, Nature One, Medusa and Eco Festival, while in the clubs Tresor, Berghain, Eden Ibiza, EGG London, Razzmatazz, Fabrik, Row 14, La Riviera, Factory 010 dominates its massive, hard sound by which it is recognized throughout the planet. In addition to di-jinga, it also produces and owns three publishing houses Standbite Music , Taikatta and Silver M, and also produces music for homes such as Unity Records and Pornographic Recordings. He also hosts the world-renowned radio show Standbite Music, while parties of his Silver M label are held at Ibiza, Amsterdam and Barcelona. Fatima has gained respect for the world through unique music choices and even more incredible sets. With his youthful spontaneity and inexhaustible energy, Fatimakonstantly destroys barriers and provides an unforgettable experience to the listener. Although coming from a hard techno scene, over the past few years its sound has changed a bit, but it still delivers clean andergraund techno sets at slower speeds.