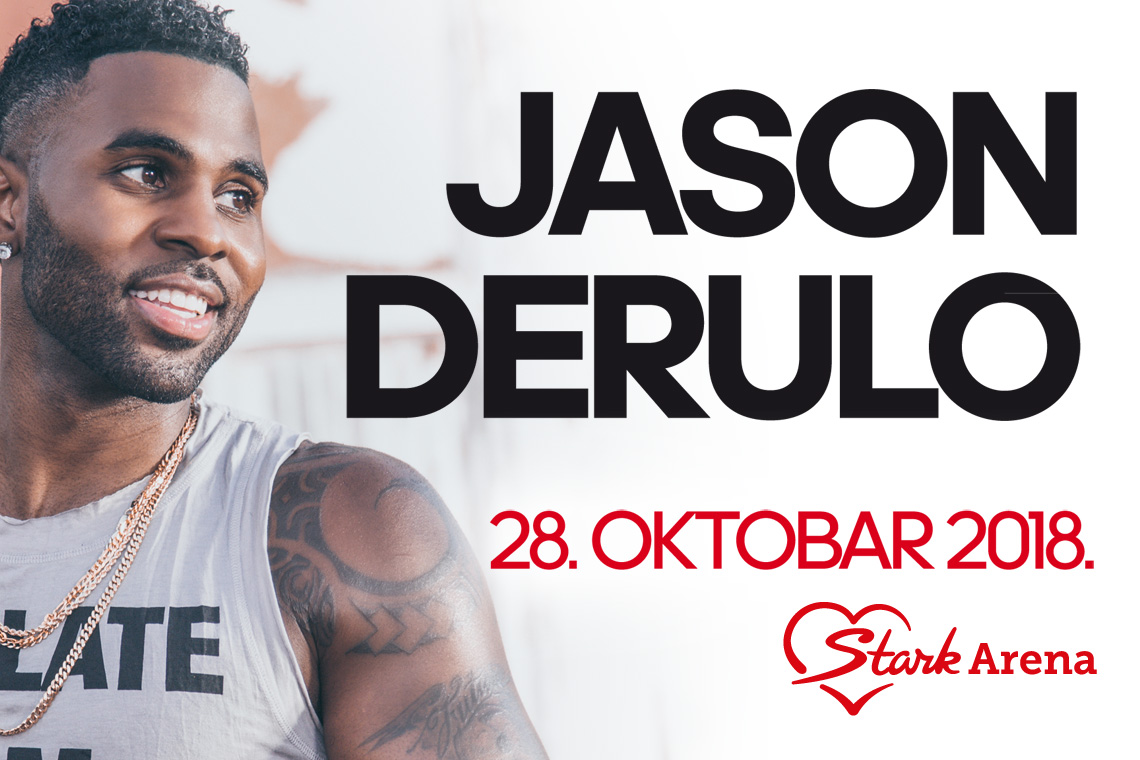 Jason Derulo
10/27/2018
THE FIRST RACE IN CROATIA: JASON DERULO WILL COME ON 27 OCTOBER TO ARENA ZAGREB
Jason Joel Desrouleaux, better known as Jason Derulo, is an American R & B, hip hop and pop singer, songwriter and dancer. The owner of 11 platinum singles sold in 50 million copies, has more than three billion YouTube reviews, so it is no surprise that Derulo is placed in the closest circle of the world’s leading musicians today.

And while the world promotional tour titled “777 WORLD TOUR”, within which will be held by Zagreb on 27 October, is already going, its fans around the world eagerly await the new album “777”, which just did not come out. Derulo promises that this album will be the music’s most mature version so far. The new album will unite songs that invite you to dance, but also those that show the very emotional, vulnerable side of Jason’s vocation leading us through the stories of his personal life.

In his biography, Derulo has recorded several successful collaborations, primarily with Nicki Minaj, on the song “Swalla”, and Pitbull on his album “Climate Change” (song “Educate Ya”). Stevie Wonder, Snoop Dogg, Jennifer Lopez, Hardwell, Pitbull, 2 Chainz, Tyga, Timbaland … Many contributors point out that Derulo has written several great songs for each of them published on the long list of stars he collaborated with. There is no place left on his albums later.

In March this year, he released the song “Colors” (Warner Bros. Records), an inspirational anthem that unites fans and their favorite artists around the world and serves as a Coca-Cola® song for the 2018 World Cup campaign in Russia.

– It was a pleasure to work with Coca-Cola in creating a World Cup anthem, a tournament that celebrates athletic excellence. Through my years of traveling I managed to see the beauty in our cultural differences. I wrote ‘Colors’ to just celebrate these diversities and participate in the incredible energy given by sports fans around the world on such occasions – Derulo said.

Make sure of his charm on the spot and book a place for a Zagreb concert in time. Tickets for the announced spectacle on October 27 in Arena Zagreb can be obtained through the Eventim system at a price of 250,00 kn.