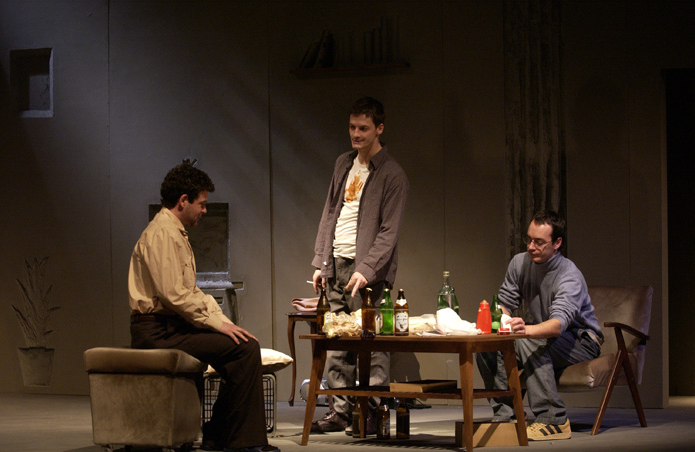 Waiting for the moment when we will start playing again and meet you from the evening at
evening, the JDP wants to keep in touch with you at the only way possible under the conditions when he is most responsible to himself and community to stay at home.

That is why we will be on the Youtube channel from Thursday March 26th
(Jugoslovensko dramsko pozoriste) and the jdp.rs site to broadcast performances.

The first play we will show you is Huddersfield Charcoal Shaytinca at directed by Alex Chisholm. The streaming begins at 9pm. You will have the same idea the opportunity to watch the next three days on Friday 27, Saturday 28 and Sunday 29 March also at 9pm.

You will watch the new show next Thursday, April 2nd. Also at 9pm, we will broadcast a play by Dejan Dukovski’s Cabaret Balkan directed by Slobodan Unkovski

On Thursday, April 9, we will broadcast the play Grasshoppers by Biljana Srbljanovic
directed by Dejan Mijac on Thursday 16 April on JDP TV
the play The Merchant of Venice by Shakespeare directed by Egon Savin.

All plays will be re-aired for the next three days after the premiere
performance (the premiere will be Thursday and the replay Friday, Saturday and Sunday).
Be with us and visit the JDP Youtube channel, our site and social networks.

Stay home! Be responsible to yourself and the community.