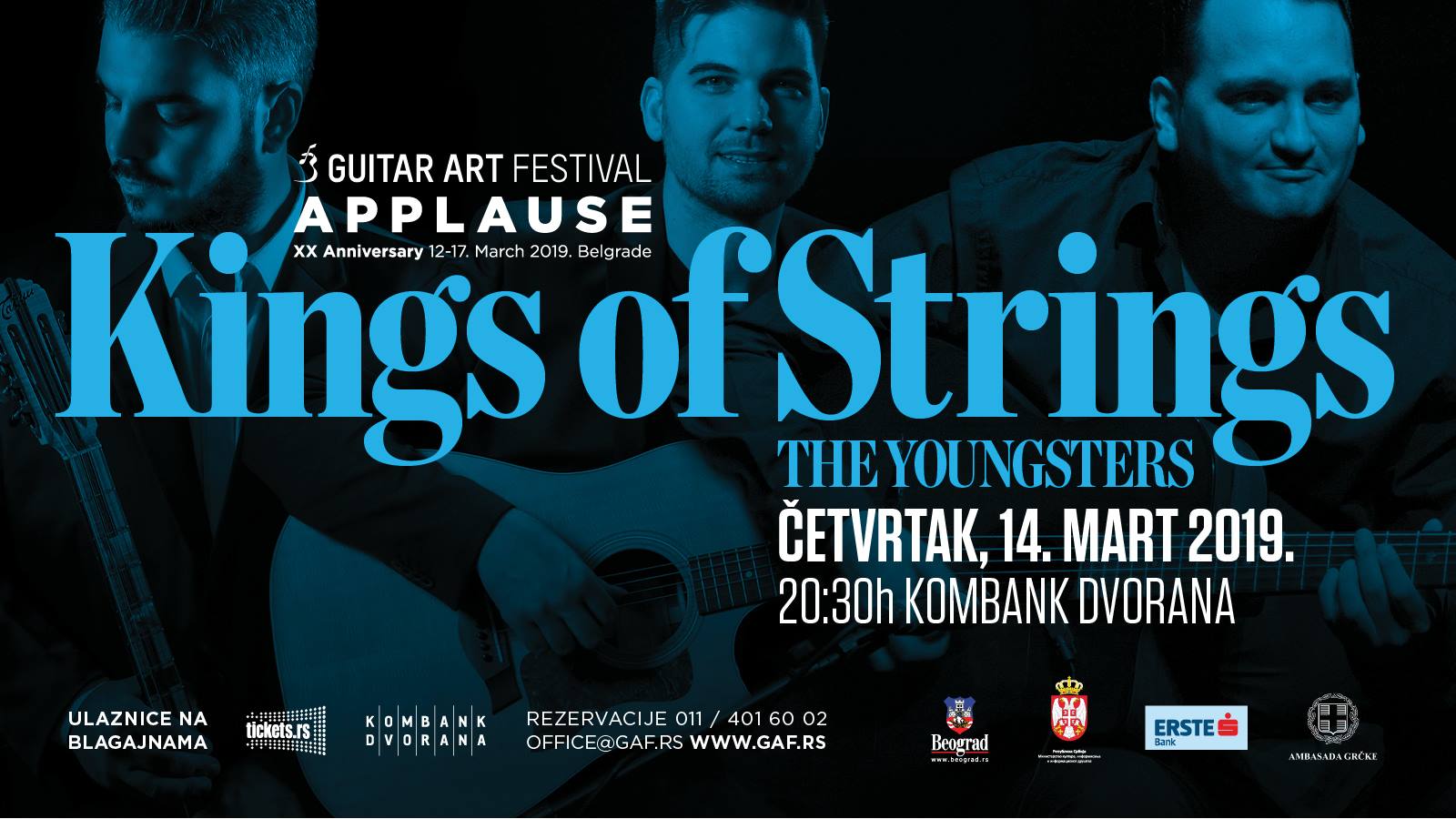 The new project of the Guitar Art Festival “Kings of Strings The Youngsters” premieres on March 14 in Belgrade
The new festival production and the “Kings of String The Youngsters” project this time gathers young talents and great virtuosos. The first joint appearance of three completely different artists brings together the huge commitment of guitars and the readiness to build a common sound, such as Mozes Rosenberg from the famed Rosenberg family with their jazz “manouche” style, Georgopoulos Giorgos Greek virtuoso at buzuki and versatile fingerstyle Serbian guitarist Bojan Ivanovski.
The guitarists come from many different music and geographical areas, from Greece to the Netherlands, from buzuki to roman jazz, bringing together such diverse heritage is a real challenge for musicians.
The guitar group “Kings of String The Youngsters” will hold the first concert before the Belgrade audience on March 14 in Kombank Hall. Tickets for the big concert Rosenberg Tria are sold at the Kombank Hall and in the sales networks Ticketvision ex Eventim.rs, at prices starting at RSD 900. All information and reservations can be obtained by calling 011 401 6002; 064 1379707 or via e-mail to office@gaf.rs.