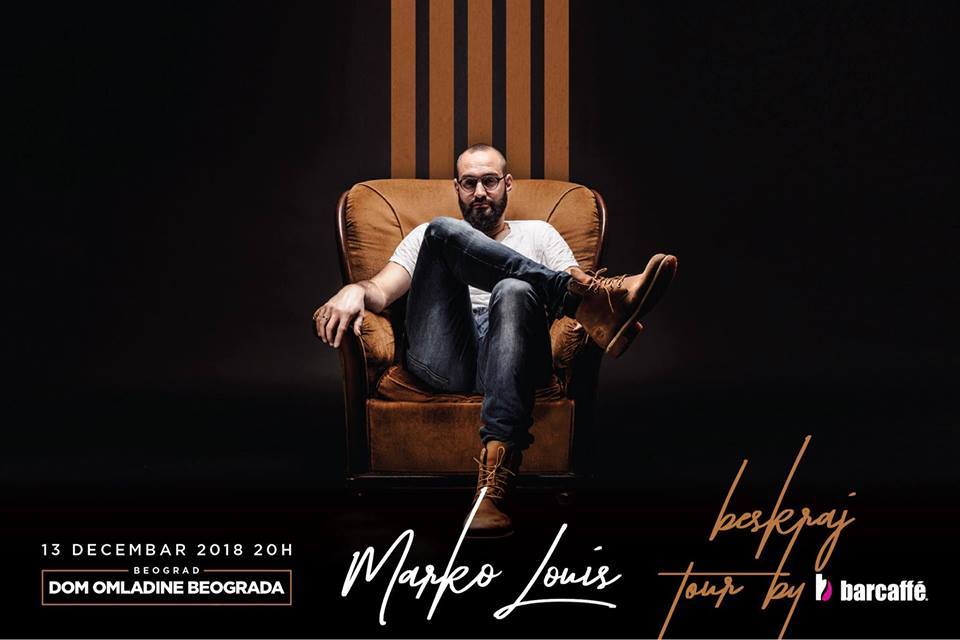 Marko Louis holds a solo concert in the cult concert hall of the Youth Dom omladine on December 13 this year. Marko plans, in addition to the songs from his albums “SHINE ON ME” and “BESKRAJ”, to present with his band live their new album called “EURIDIKA”. Marko released the singles “Euridika” and “WHERE A NIGHT” this year announcing Mark’s new album, released in October for the publishing house Lampshade Media.

Maps are available now at EVENTIM, GIGSTIX, at the Ticket Office of the Youth Ombudsman Belgrade or online at www.gigstix.com and www.eventim.rs.