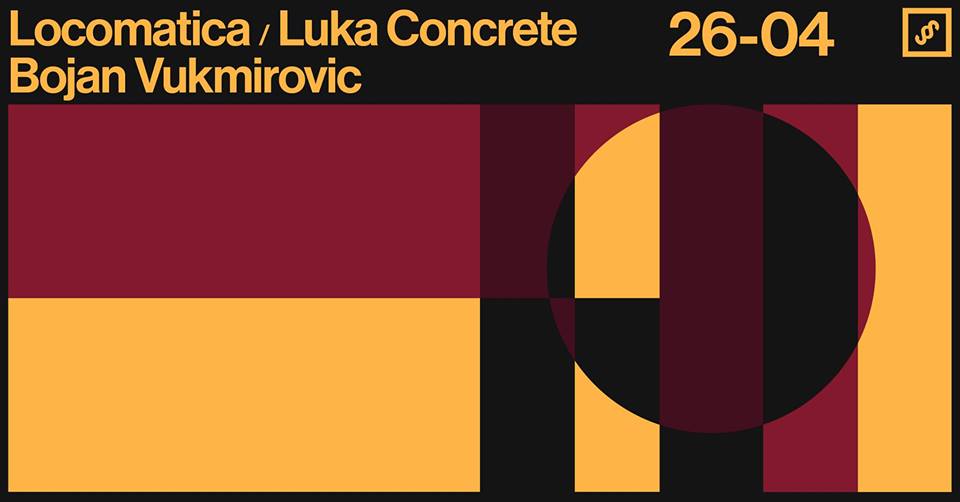 Locomatica is a local producer whose work has been supported by Adam Beyer, Ben Klock, DVS1, Ben Sims, Laurent Garnier and Luke Slater. He started his own imprint LCMTC with his friend Blaukoma in 2010. Most of Locomatica’s releases are on LCMTC, and he is (alongside Blaukoma) the first local producer to release music on Adam Beyer’s Drumcode. In the past decade Locomatica played with or collaborated with: Legowelt, Vince Watson, Joey Beltram, Cari Lekebusch, Alexander Kowalski, Ray Kajioka, TWR72 and Hans Bouffmyhre.

Luka Concrete and Bojan Vukmirović have been a part of the local scene as CONCRETE DJz since 1997 although they count 2003 as the year of their official forming. Today, next to performing as residents of EDIT:TEHNO night and producing, CONCRETE DJz are also heading their imprint Armatura Records and host Beton Radio Show/Podcast.

TICKETS
info to be announced soon