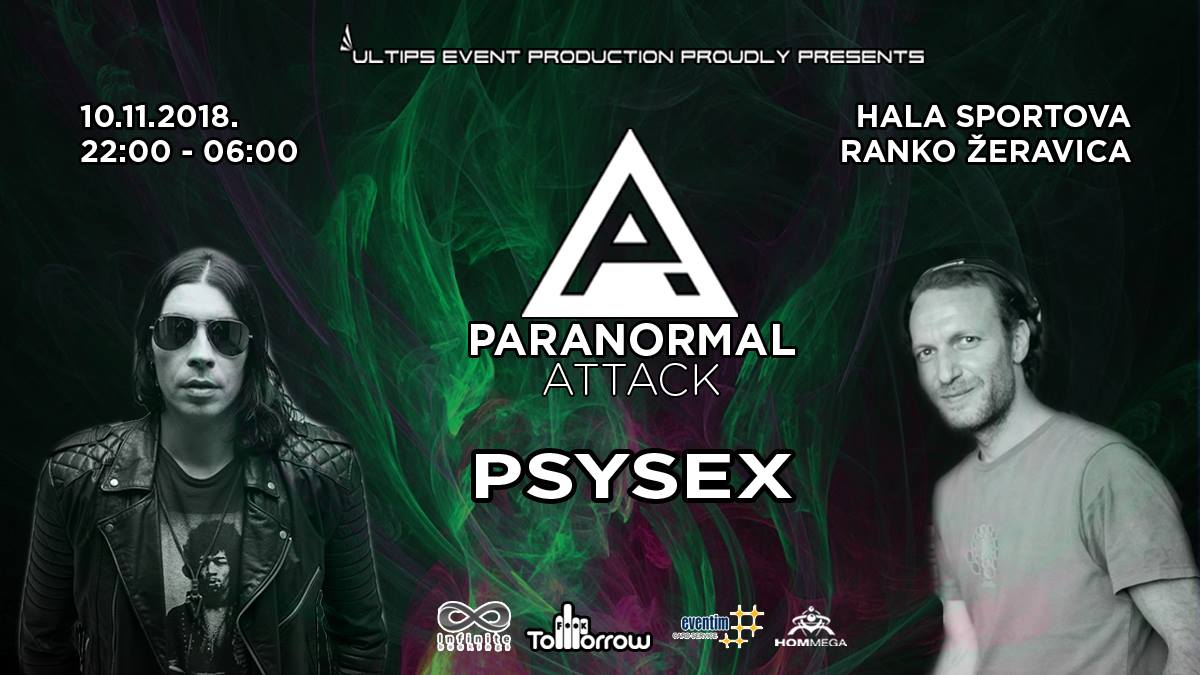 Leaded by Portuguese native Rui Oliveira aka DJ Xangaii , Paranormal Attack is one of the most adored and creative sounds coming out of EDM. The release of his debut album, “Phenomenon” , in 2005 , was a standout record that year and big success due to it’s mixture of different sounds, including rock, pop, hard-electro and even classical music.
In combination with his riveting live performances of such smash hit tracks as, Wild and Be With You, Dj Xangaii found himself front running the scene and playing worldwide. Paranormal Attack has been playing over the best clubs and festivals around the world.
Perhaps one of the biggest festivals he played was in Brazil where he performed to over 50.000 people at Planeta Atlântida Festival where he shared the stage with a huge list of big Brazilian artists but, he also performed at many editions of the legendary Xxxperience Festival and Playground Festival.�“Walking In The Sun” , his first single after “ Phenomenon “ , was released in 2007 and satisfied and stunned his fans by retaining his signature melodic sounds but still pushed the envelope of electronic music. In the same year Dj Xangaii gets inside the well known studio Midas with Charlie Brown Jr to record “ Vão Fazer De Novo “, song that is part of the soundtrack for the movie “ O Magnata “.
After so long in the game, Paranormal Attack shows no signs of slowing down and plan on continually touring and releasing fresh new music as you can listen in the new singles “Dancehall Style“ , “Rising To The Sun“ and “Soldiers“.

Udi Sternberg aka Psysex is a unique Psytrance producer that started his journey on our scene’s golden years back in the early 90’s. Since he was a young boy, Udi devoted his daily life to his passion – exploring different music genres. Tasting any tune or rhythm he came across, till he was hooked by electronic music. It didn’t take long and Udi’s creation was drawn into the psychedelic side of the moon, developing his experiences and memories into musical form.Inspired by ancient civilisations stories he collected through years of traveling around the world, his creation was developed into a unique combination between psychedelic drive and spiritual energy delivered in deep layers of musical storytelling! When you experience the “Psysex trip of sound” you will see the light.