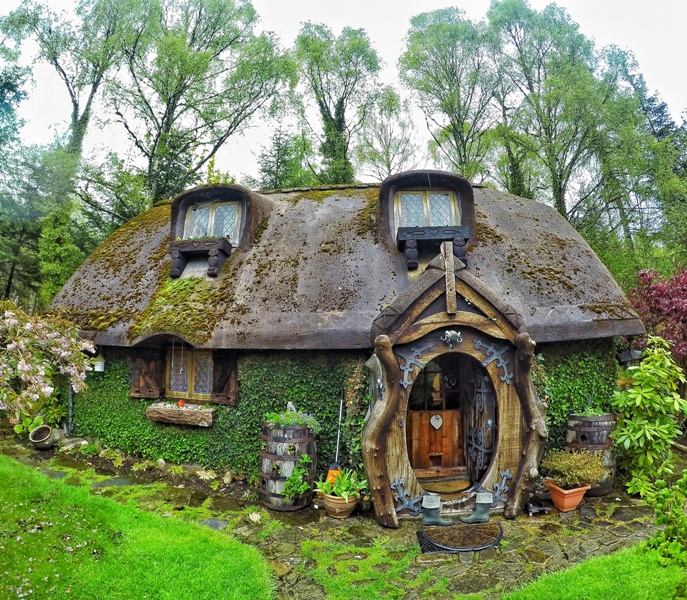 for children and for all people who likes children story 🙂

Once upon a time, there was a little house. She looks like an average house in the village but something about her was special. She was being knew as a Singing House. Her ability to sing to a person who was passing by her was being well knew.She didn~t care if he is a black or with, man or woman, child or older person. The only thing that she was looking for is that he is a good person. Whenever she senses the kindness in the human hart, she begins to sing. Because of that some people was truing to make her to sing by passing for several time, but they didn~t hear anything.

One time there was a boy and a girl. A boy teases the girl. She starts craying. Wail she was craying she said to him: „ You are a bed person, the Singing House will never sing for you“. Boy started to laugh. He said to her:“ I shell make her sing“.

Sinc that moment, he had only one thing on his mind. He start passing by house every day at list ones a day. As the time was passing, he began to lose his patience. One day he becomes so mad so he started to yell on the house, throw a rock, a ball of mug…Bat still he couldn~t force the Singing House to sing. After a several months, he becomes very unhappy boy. Therefore, he just crash and started to cry. He didn~t stop for days. Wail he was crying he remembered the girl and the time when she was crying because of him. Finaly, he realized that he did a bed thing. He made some person cry! He strait up, wip his tiers and went to the girls house to apologize. She coaled him to walk with her. He accepted.

They were walking and taking and suddenly they herd something. The Singing House was singing. They realized that they were in front of her and that she was singing just for them. They were so happy, they were dancing and leafing together and they lived happily ever after.