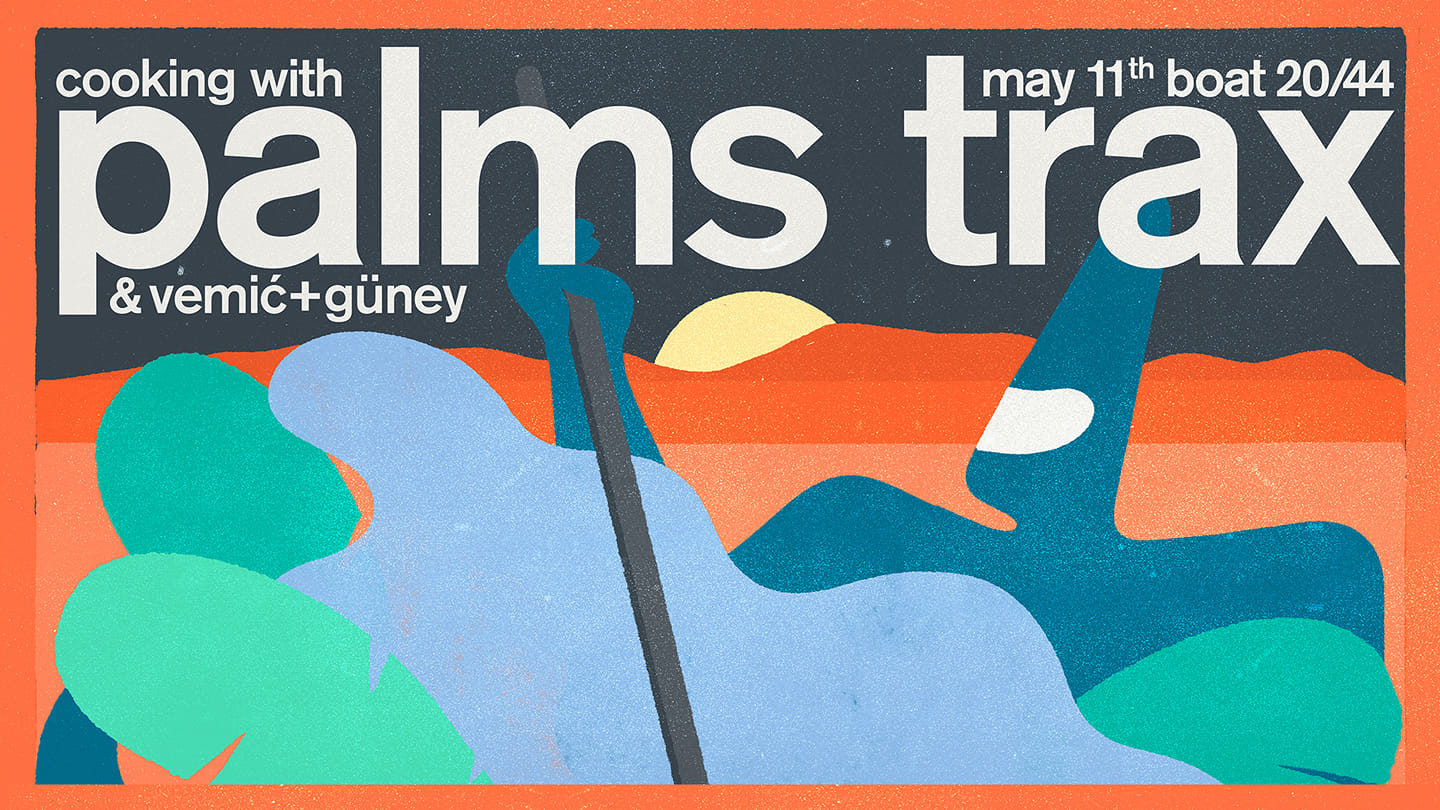 Cooking with Palms Trax will be hosted by boat 20/44, on May 11th. Jay’s second time in Belgrade, and first time at the boat. First release of ticketcan be found at LIFT Bar (Cetinjska 15) and online on RA event following link: https://www.residentadvisor.net/events/1224774

For aspiring DJs and producers, or indeed anyone who appreciates a good story, the genesis of Palms Trax couldn’t have read any dreamier. You know the one; curious yet naive son of the English Riviera lands a job at one of London’s leading record stores and discovers the masters of Chicago house and Detroit techno. Later, stumbling around Berlin, his primitive attempts to emulate the sound of his newfound heroes accidentally land him a bona fide dance floor hit. A gradual but steady stream of EPs courtesy of Dutch dance music powerhouse Dekmantel have allowed his productions to blossom in richer, smoother directions. On 2015’s ‘In Gold’ EP, and throughout the following year’s ‘High Point on Low Ground’, halcyon hallmarks of house – euphoric piano lines, bubbling acid and luminescent keys – are shot through with Donaldson’s tough, distinctive percussion.